Founded in the I c.
Dadi or Khuta temple is located in the place where Gharabagh and Mrav mountain-chains get closer by a sloppy hill (Shahumyan district of Artsakh).
Etymology of "Dadi" and "Khuta" names are given in two ways in our lithograph: one connected with Armenian custom, the other connected with the district. The first one is connected with one of the 70 students of the Apostle St. Thaddeus, named Dadi or Dado, who preached Christianity in Artsakh and died there.
The temple was robbed by Persians, then Arabs, Seljuks, later by Osman Turks and again by Persians.
The Ancient church is situated on the northern slope of the complex. The second church, which is considered one of the ancients too, is adjacent to the first one from south. The western hall had probably served as a chapel. 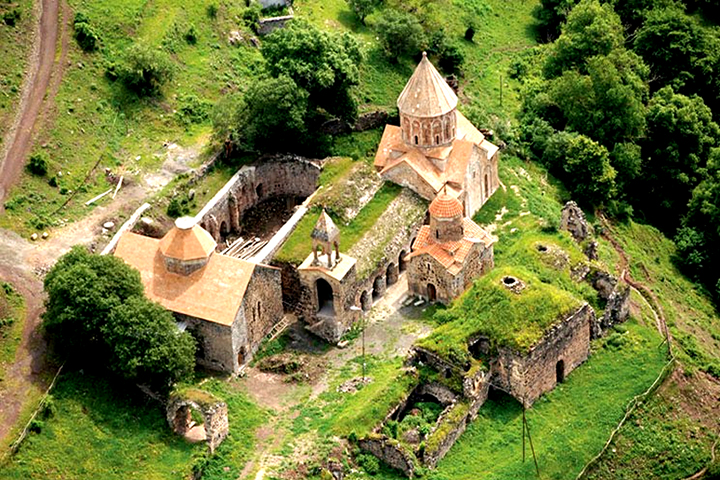 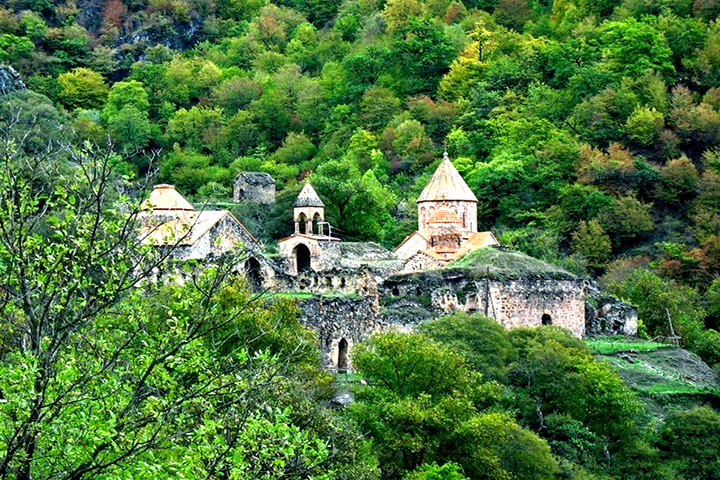 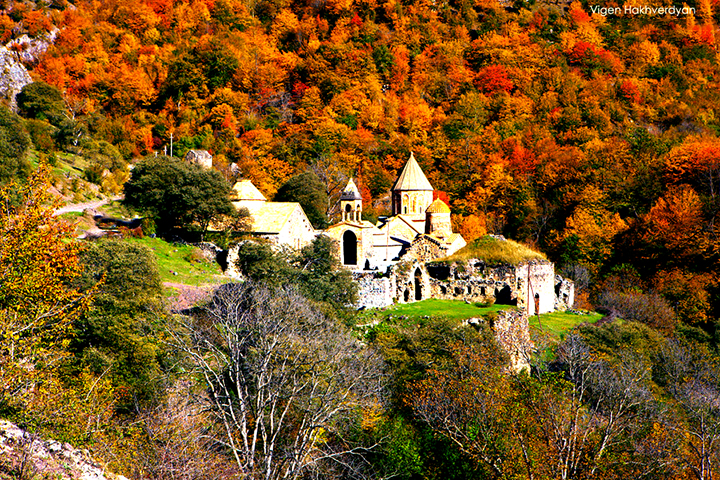 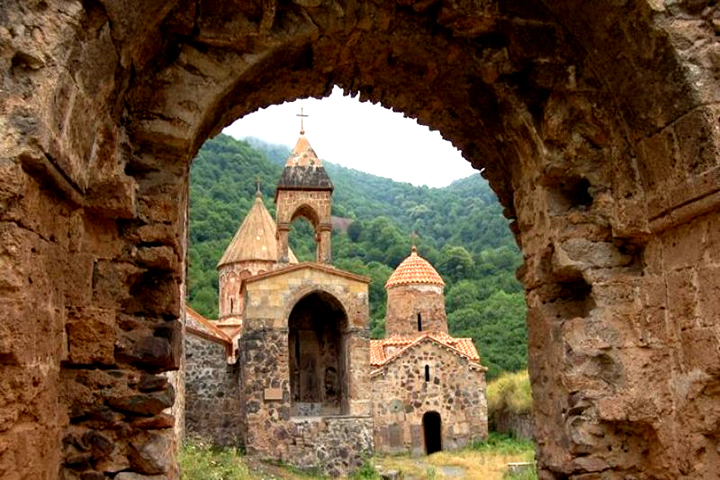 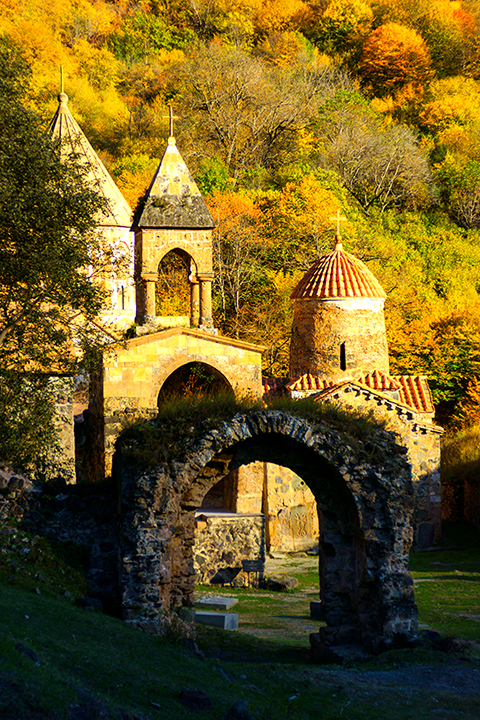