Amaras Monastery has played a strong role in the propagation of the Armenian alphabet when it was newly created. According to  the old Armenian manuscripts, Grigor Lusavorich founded a monastery here in the beginning of the 4th century, which was completed by his grandson Bishop Grigoris (buried there). It the 330’s, this had already become the seat of the bishop, and remained an important religious center until the 19th cc. Its long history of destruction and reconstruction began soon after it was complete. The monastery was destroyed the same century it was built, probably during the battle of Vardanants. At the end of the same century Hayaghvank's King Vachagan Barepasht completely repaired the temple. When Mesrop Mashtots came to eastern Armenian regions, he began teaching the new Armenian letters in Amaras, and opened the very first Armenian school there.
During the first period of Arabic invasions, Amaras was again destroyed. Rebuilt again in the 9th c. under Dizak's Prince Yesayi Abu-Muse's patronage, and prospered once again. In 1223 Tatar-Mongols looted the wealth of Amaras. Among the robbed treasure were St. Grigor's crosier and a golden cross ornamented with 36 stones left from 4th c. Again in 1387, like dozens of Artsakh's churches, Amaras was leveled by the forces of Lenk-Temur. 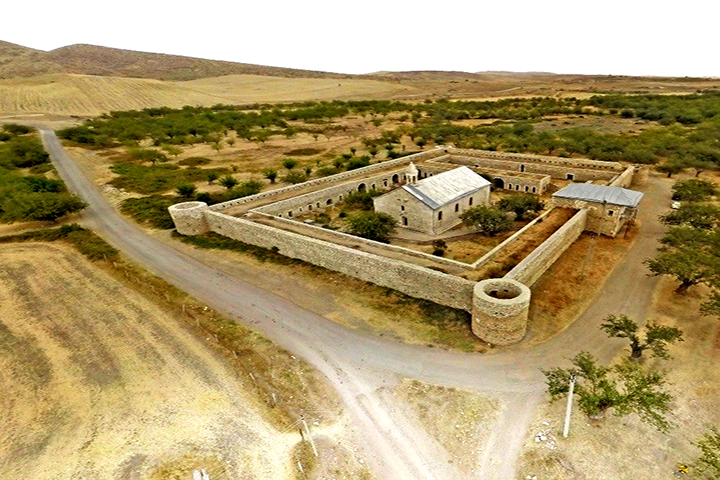 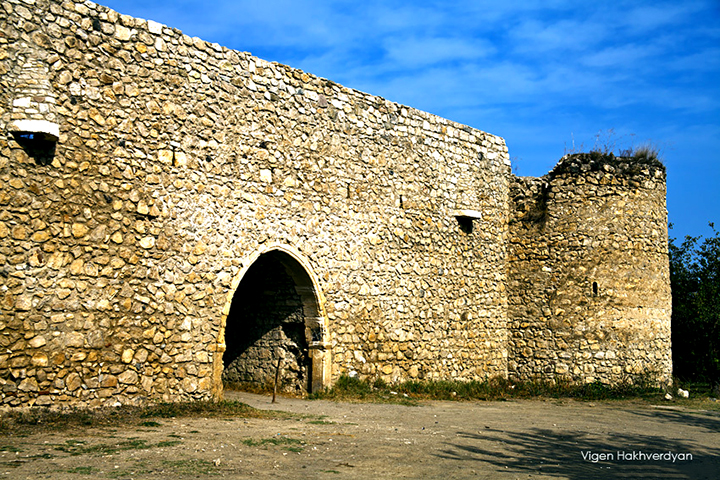 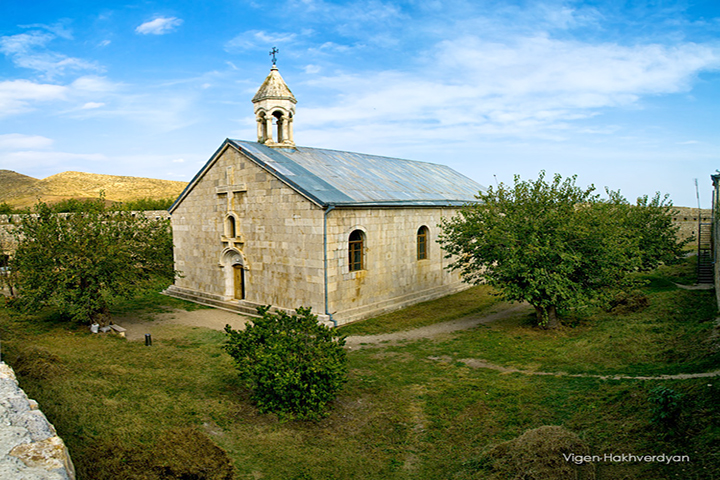 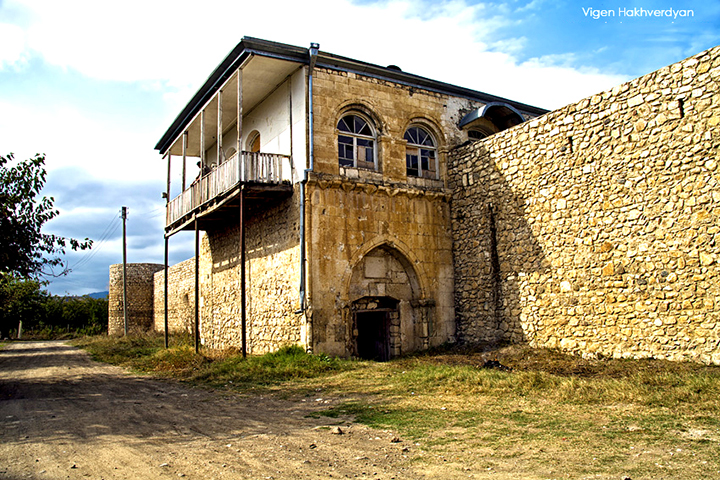 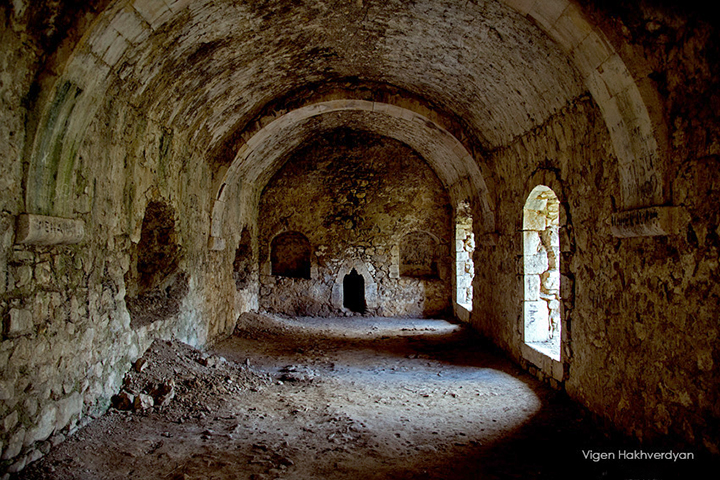