Shushi's fort is situated in Varanda princedome's territory, and so it belongs to Varanda's prince Melik-Shahnazaryan. The over 2,5km long ramparts start from the high rock in the south-western side of the mountain-plain and "climbing" by the very slopy branches and cliffs they encircle the fort-town from west, then go down by a slope, turn to west and stick in a rock. Shushi's other, southern wing fully, the eastern and western ones are partly enclosed by natural huge (stony vertical) ramparts. From the point of view of present strategic technique the impregnable ramparts are from clay, they're 7-8m long and are fastened by half- rounded empty pyramids.
The fort-town (as all the other forts in medieval Artsakh) had its secret - a secret rocky passage. From the eastern side of the mountain-plain, by the Yerevanian gate through a rock the secret-passage gradually goes down, then through cave's passages goes out to the deep canyon, where flows Karin-Tak river.
In protective system of Shushi leading role performed the local numerous caves and deep defile in southern side of the fort-town, through which makes noise Karin-Tak. 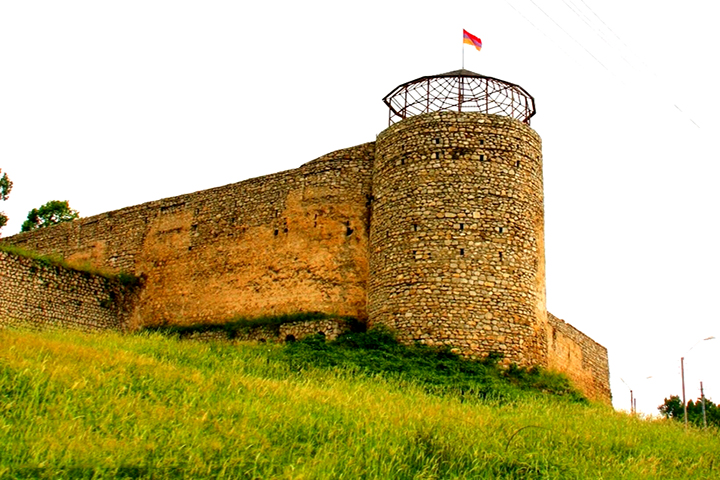 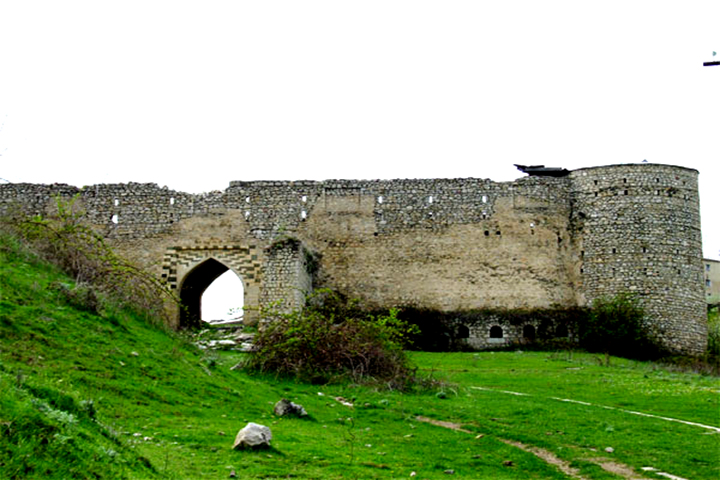 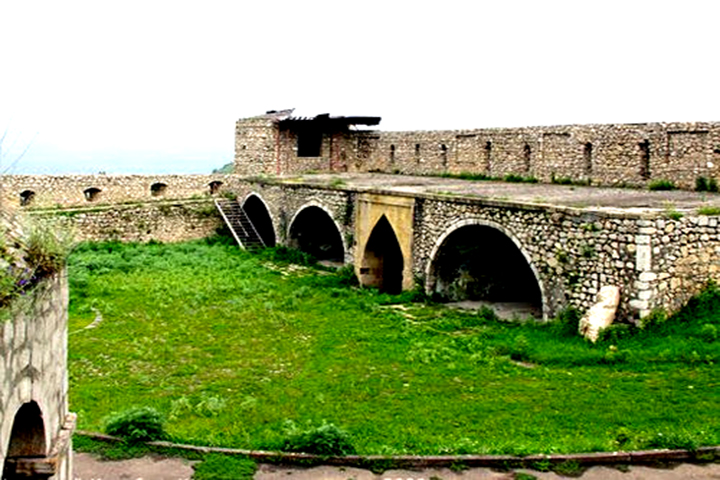 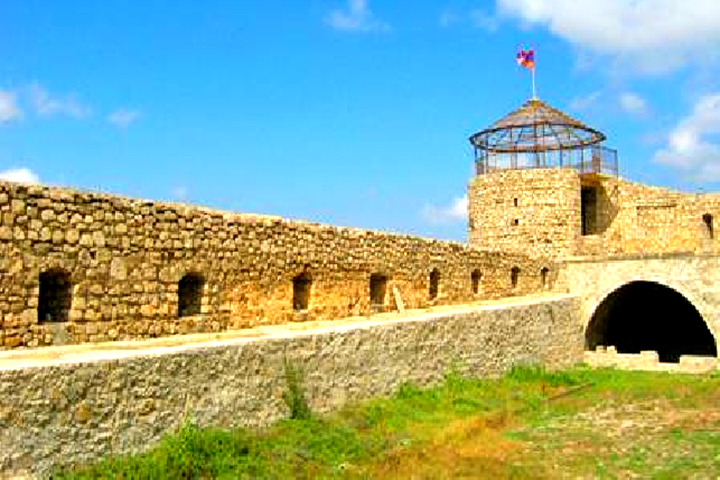 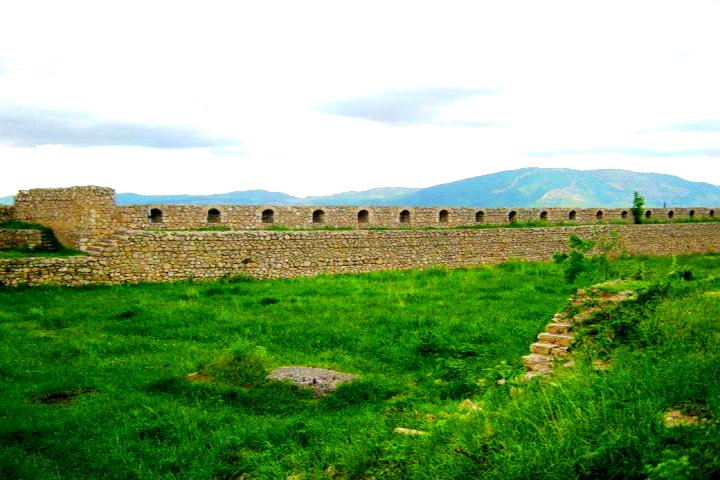