The official language in the Republic of Armenia is Armenian (Hayeren). The Armenian language is an independent, one-language subgroup within the Indo-European language family. Armenian alphabet, which consists of 39 characters, was created in 405 AD by a monk named Mesrop Mashtots (the original alphabet had 36 letters, three characters were added later). The first work of literature with the new alphabet was the translation of the Bible from Greek. This translation has been since regarded as a masterpiece by many linguists. During the centuries, the dialect into which the Bible was translated became the standard language -grabar, or Classical Armenian. Numerous literary works, both original and translations, were written in that period in grabar. Many works in Classical Greek, Latin and other languages exist today only in their Armenian translations. A unique collection of priceless ancient documents is preserved in the National Depository of Manuscripts, the Matenadaran, in Yerevan.
First printed documents appeared in Armenia in early 16th century. A century later, in 1662, an Armenian cleric, Father Voskan was sent to Amsterdam by Catholicos Hakop, to prepare printing of the Bible in Armenian. A few years later, the job, which consisted of casting Armenian letter types, producing wooden carvings for the illustrations, etc. was completed, and the first Bible in the Armenian language was printed in Amsterdam in 1666.
Russian is also widely used. Major Western languages, such as Spanish, Italian, German, French, and especially English are included in the public school curriculums, and are extensively taught in most colleges and universities. 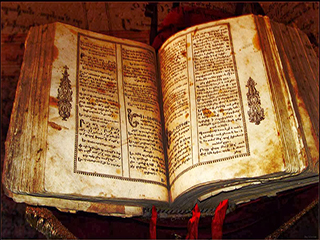 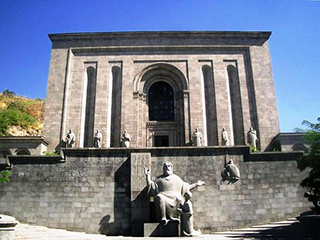