Christianity was first introduced in Armenia by the apostles Bartholomew and Thaddeus in the first century AD. At this time, paganism was widespread and practiced by the kings of Armenia. Temples dotted the country, and one symbol example of that era, a Greek-style temple in the village of Garni, was restored in the 1960s and still stands.
Pagan practices did not deter Christian missionaries in spreading the word of God to Armenians. Among them was Gregory, the son of Partev Anak, who was baptized a Christian in Caesaria, a city in Cappadocia. Gregory was thrown into a pit by the Armenian king Trdat III, where he survived for 13 years only by the grace of a kind woman who secretly fed him.
According to ancient tradition, the proclamation Christianity  as Armenia's state religion, is closely linked to the martyrdom of the holy virgins, on their way from Rome to Vagarshapat. King Trdat fell in love with a Christian nun named Hripsime. When she refused the king's proposal of marriage, the king had her and her entire order put to death. Thereafter, the king went mad, and only after the king's sister released Gregory from captivity to heal her ailing brother did the king regain his sanity.
King Trdat was baptized by Gregory and converted his entire kingdom to Christianity in 301 AD, making Armenia the first nation to accept Christianity as its state religion. Gregory came to be known as the Illuminator and was named the first Catholicos, the head of the Armenian Church. After seeing a vision of the descent of the Only Begotten Son, pointing to a site in current-day Echmiadzin, St. Gregory the Illuminator built the mother cathedral of the Armenian church. In future years, churches were built near the Echmiadzin Cathedral in honor of the martyred nun Hripsime and the head of her order, Gayane, who were canonized. The church of Khor Virap (meaning Deep Pit) was built on the spot of St. Gregory's captivity.
Although it is a distinct church, the Armenian Apostolic Church is in communion with the church universal and in the family of churches such as the Coptic, Syrian, Ethiopian, and Indian Malabar churches.
Traditionally, the Armenian Church recognizes the Catholicos of All Armenians as its leader. A National Ecclesiastical Assembly consisting of lay and clergy representatives of Armenian communities around the world elects the Catholicos. There are four hierarchical Sees in the Armenian Church: the Catholicate of All Armenians in Ejmiatzin; the Catholicate of the Great House of Cilicia; the Patriarchate of Jerusalem; and the Patriarchate of Constantinople.
Small Roman Catholic and Protestant communities also exist in Armenia. A Russian Orthodox community also serves its community. 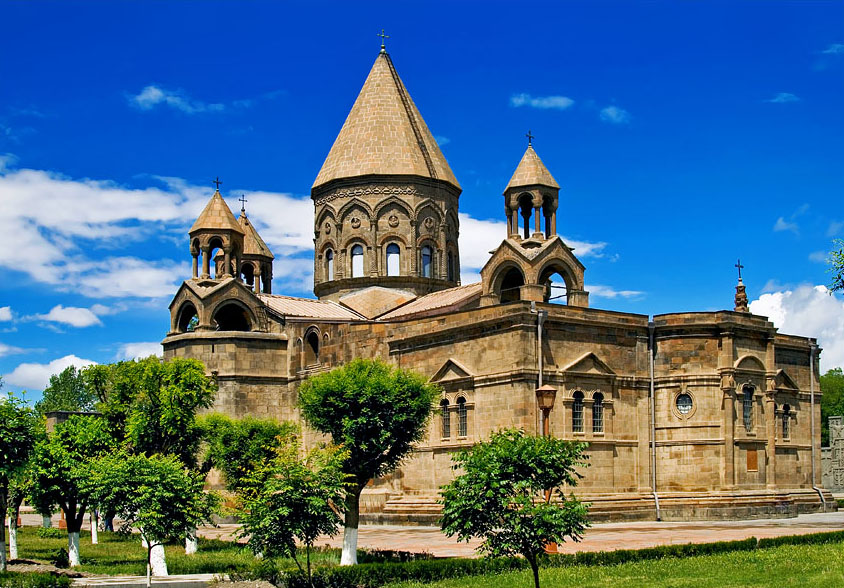 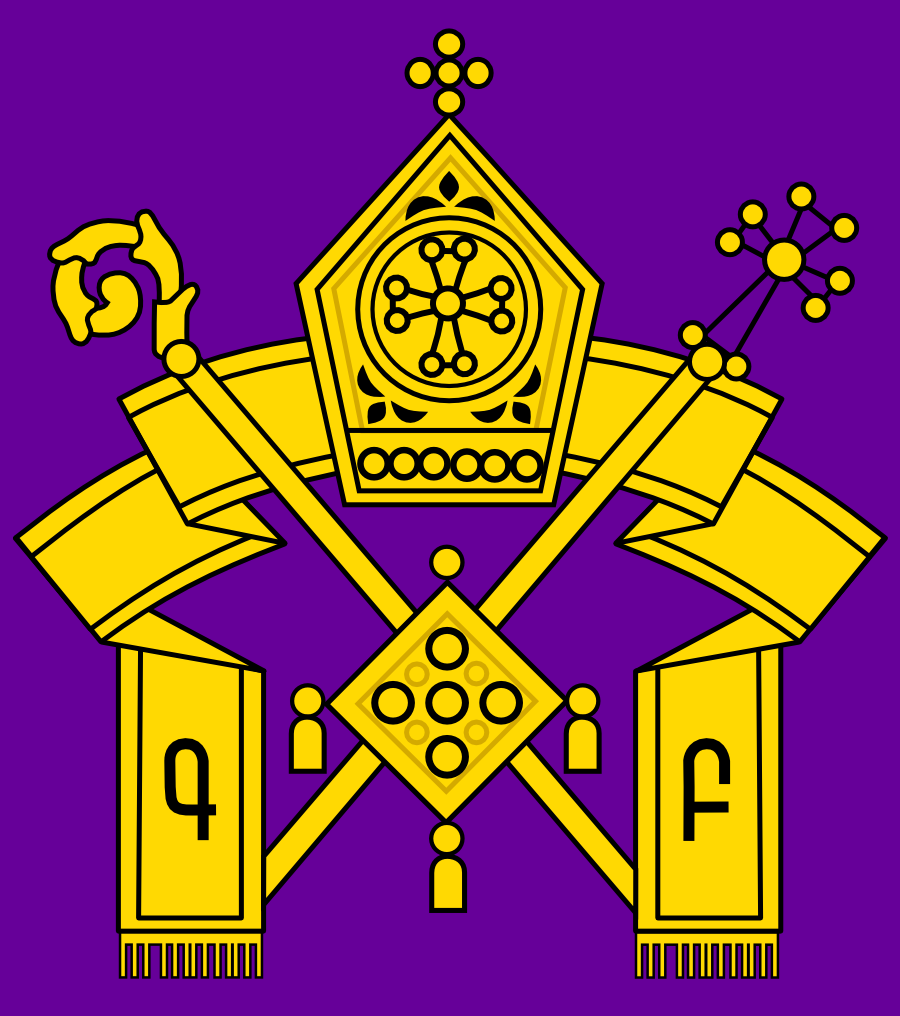 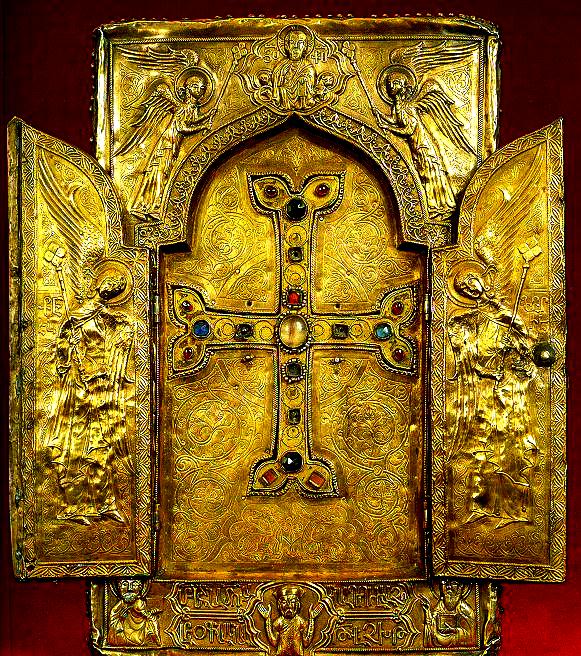