Armenian art is a unique form of art developed over the last five millennia when the Armenian people lived on the Armenian Highland. Armenian architecture and miniature painting have dominated Armenian art and have shown consistent development over the centuries. Other forms of Armenian art include sculpture, fresco, mosaic, ceramic, metalwork, engraving, and textiles, especially Armenian carpets.
Prehistoric Armenia was home to the Urartu culture in the Iron Age, notable for its early metal sculptures, often of animals. The region was, as later, often contested by the large empires holding the nearby regions of Persia, Mesopotamia and Anatolia, and these all had considerable influence of Armenian art. The Armenians adopted Christianity very early, and developed their own version of Eastern Orthodox or Byzantine art, with much use of icons, Armenian miniatures in books, and the very original Armenian architecture of their churches and monasteries.
A distinctive Armenian feature, which may have influenced the Medieval art of Europe, was the popularity from early on of figurative relief carvings on the outside of churches, unknown in Byzantium. There were often large Armenian populations in Islamic areas, some of them were specialized in arts and crafts such as carpet-weaving. Armenian painting has taken its origin from the ancient times. The abundance of organic and inorganic pigments, and a rich color scheme helped them to participate actively in religious, applied and artistic purposes. 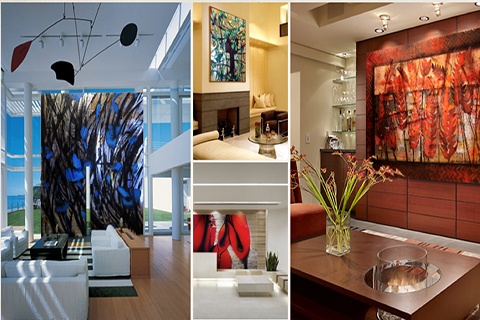 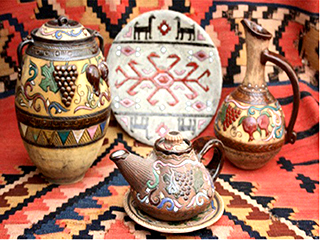 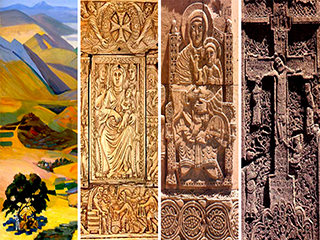 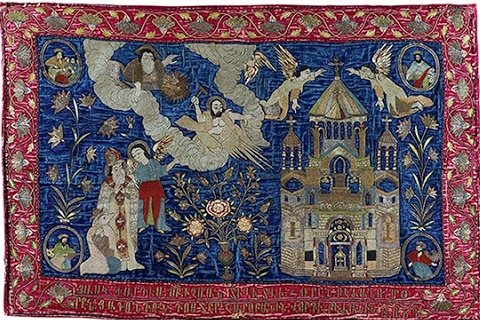