The cathedral was constructed by the initiative of Catholicos Vazgen I. Its construction started on April 7th, 1997 with a ground blessing service conducted by Catholicos Karekin I. The church complex was designed by the architect Stepan Kurkchyan and the construction was completed in 2001.

The huge cathedral is a complex consisting of three churches: the Cathedral (Main Church) with 1700 seats and the Chapels of St. Tiridates the King and of Saint Ashkhen the Queen (both with 150 seats). These two royal figures were the crucial helpers of St. Gregory in converting Armenia to Christianity. The belfry tower (which consists of more than 30 arches) and the court are located at the entrance of the Cathedral. The halls for both the receptions and church-related activities are provided on the lower floor of the Main Church.

The total area of the complex is around 3,822 square meters, while the height of the cathedral from the ground to the top of the cross is 54 meters. 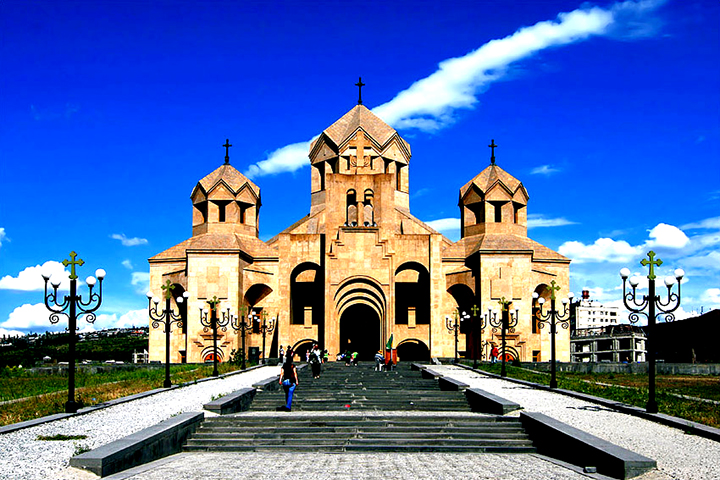 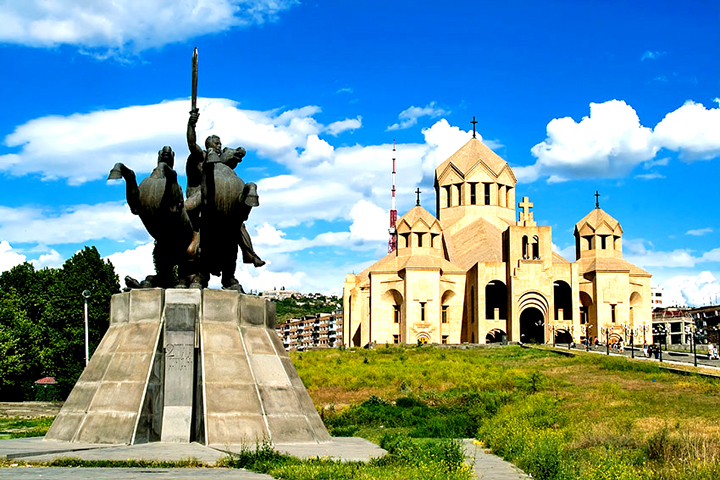 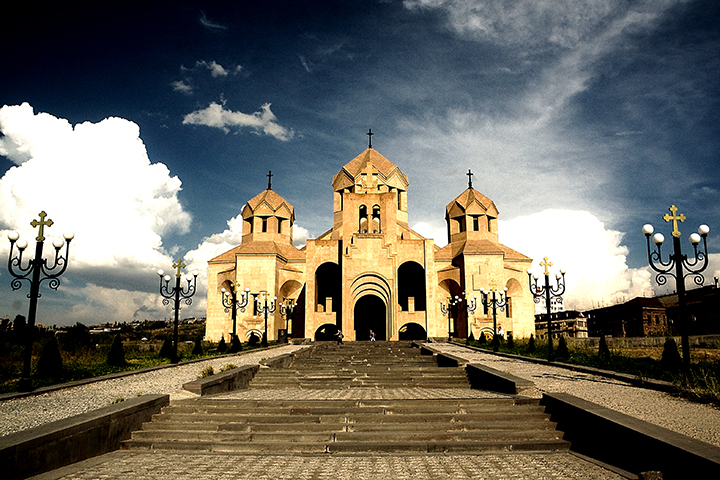 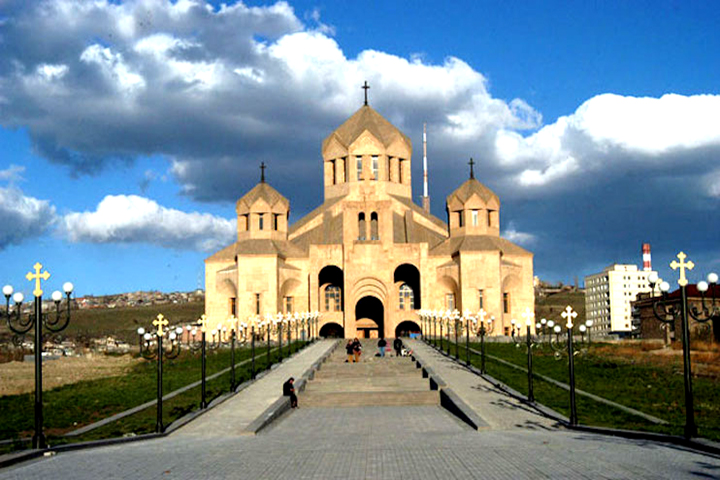 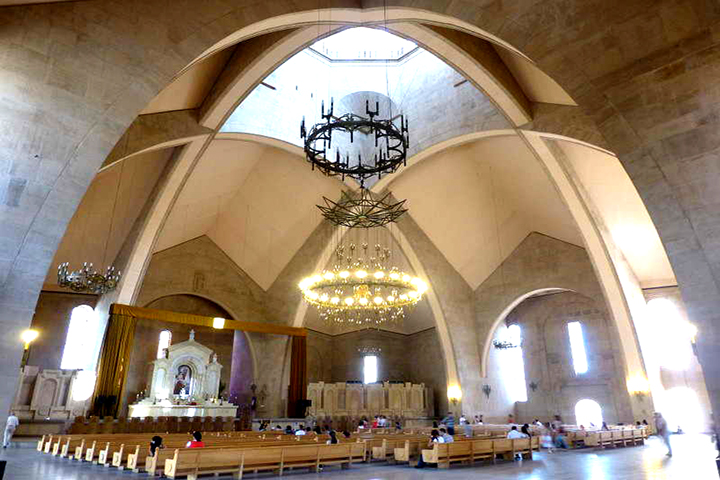