Zvartnots, a complex of structures erected in the middle of the 7th century near Ejmiatsin (Armavir district), is of extreme architectural value. The complex consisted of St. George temple or Zvartnots ("vigil forces", "celestial angels") and the palace of Catholicos Nerses III, known as "Builder".
Zvartnots, buiIt as Armenia’s main cathedral in 641-661, was to suppress Echmiadzin cathedral by its grandeur. This purpose was served by the original architectural composition of the building which is an example of a central-dome temple different in its appearance from the antique and Byzantine structures of this kind. The plan of Zvartnots is based on the composition of the central nucleus of Armenia's cross-winged, dome-type structures of the previous times, that is the Greek cross. However, this cross is harmoniously fitted into a circle rather than into a square. Zvartnots’ architecture was supposed to impress the onlooker by its extraordinary artistic splendor.
According to Stepanos Taronatsi, an Armenian historian of the late 10th and the early 11th centuries (Stepanos of Taron, known as Asoghik) Zvartnots lay in ruins as early as in the tenth century. The remnants of Zvartnots, even in ruins, are a majestic sight. There survived only the lower parts of the walls and individual fragments. 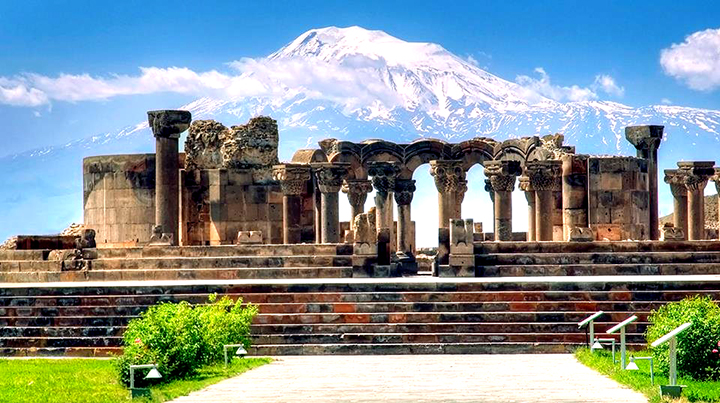 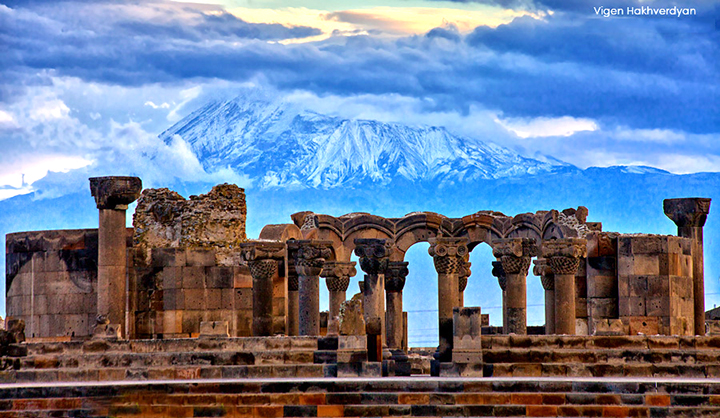 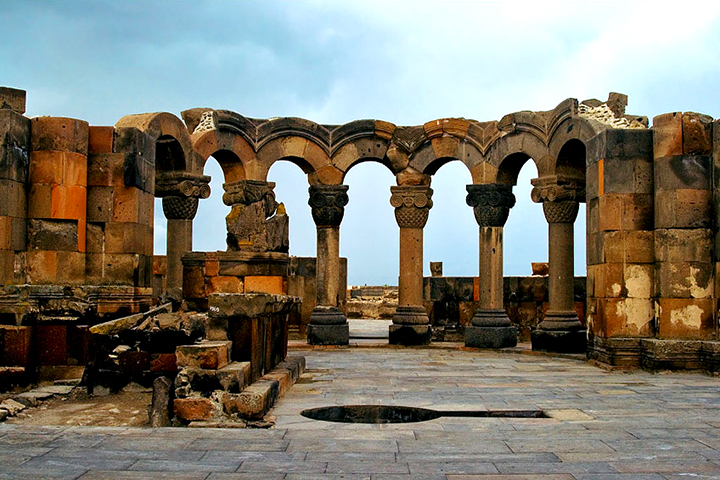 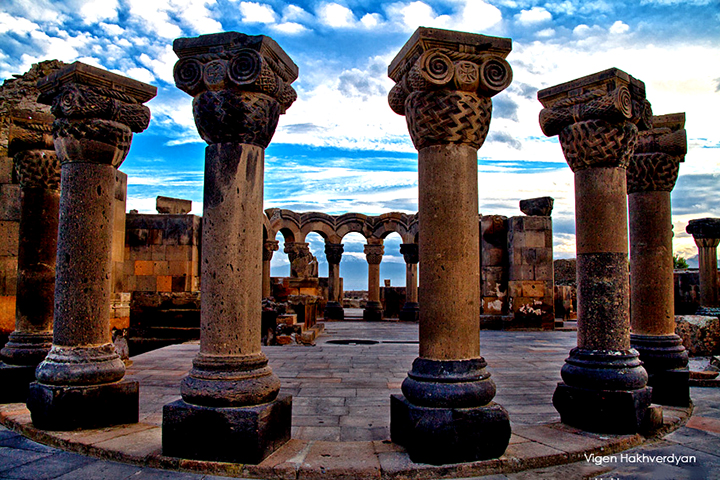 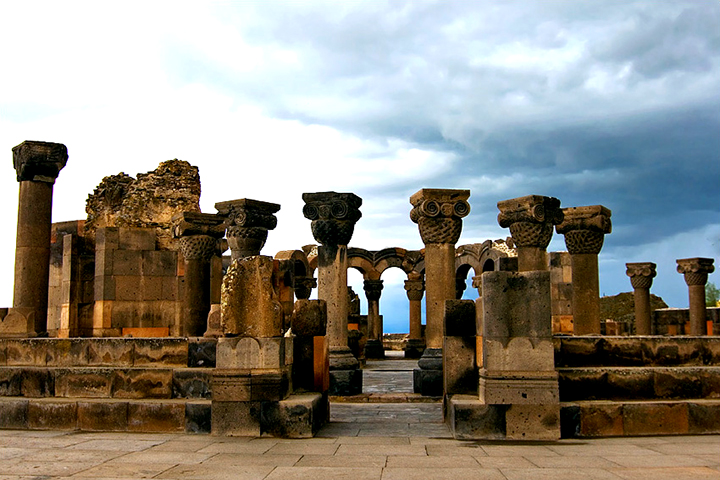