Khndzoresk, near Goris is a great place for hiking and spelunking. There are a very large number of caves, although most of them are man made and rather small. There are ruins of an old village, churches, tombs, great rock formations, springs and a new bridge that spans the gorge.
Old Khndzoresk is a medieval and early modern village largely hewn into the soft rock. You pass a number of artificial caves now used as stables, and other building remains. At the bottom of the gorge, turn downstream to reach St. Hripsime Church of 1663. On a spur beyond on the right side of the gorge is a 17th c. Anapat (hermitage), with the tomb of Mkhitar Sparapet, who was Davit Bek's chief aide and successor in his war to drive out the infidel Muslims. Mkhitar was murdered in 1730 by the nervous Armenian villagers of Khndzoresk, who had vainly beseeched him to hole up in his own stronghold rather than their village. The Ottoman Pasha in Tabriz, to whom they presented his head, found this treachery distasteful, and decapitated the murderers. The site is green and memorable. There is a 17th c. cave church of St. Tadevos and a couple of 17th c. spring monuments.
Two coasts of the gorge are attached by a long bridge which was built in 2012. The length of the bridge is 160 m, and the height is 63 m. 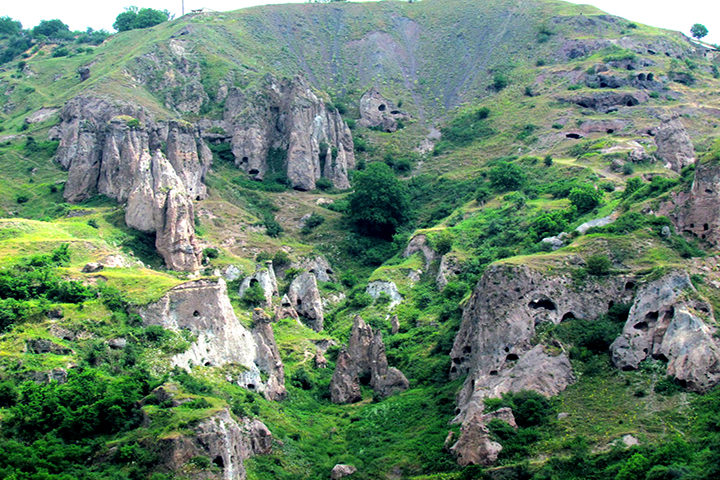 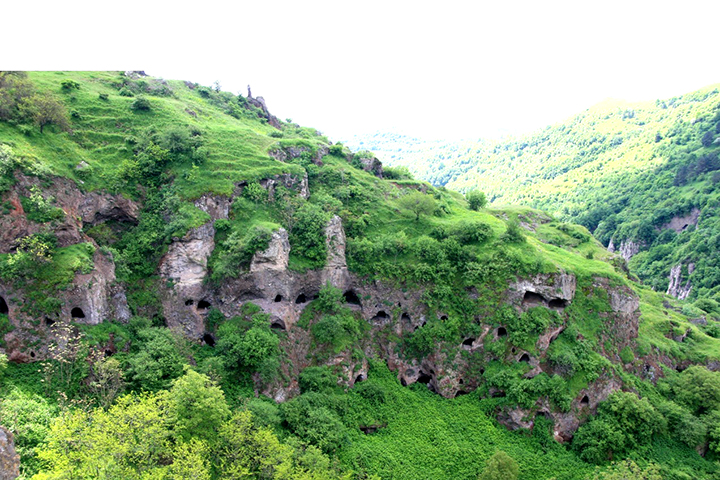 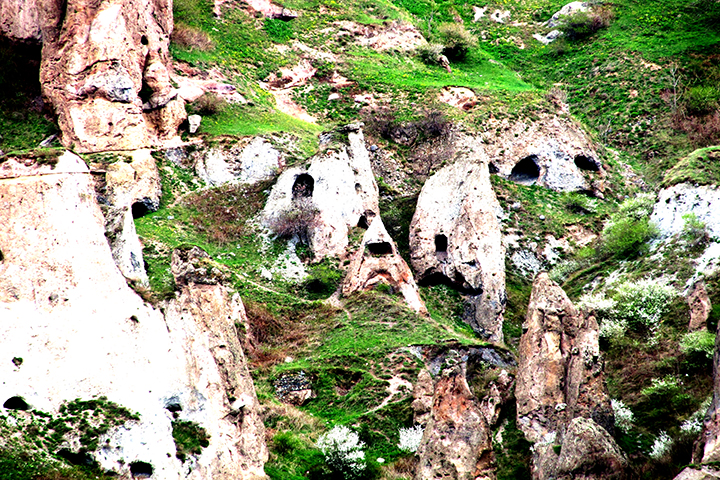 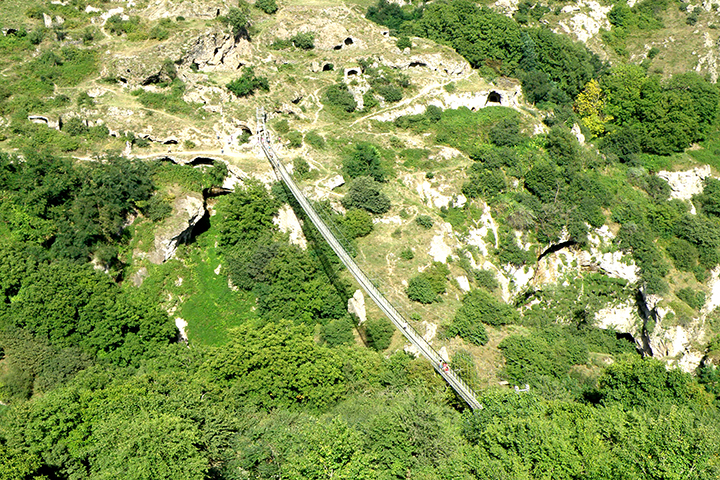