Karmravor (Ashtarak’s St. Karmravor) is the Armenian church, which is the only one in Armenia preserved with its original roofing. It is located at the Ashtarak’s north-eastern highest place (Aragatsotn district). It was constructed in VIIc. This type of palace was developed in Armenia even in Vc and had numerous examples. From inside and outside Karmravor was a cruciform with vaulted ceilings. Inside there are some remnants of inscriptions. Thanks to the masterly chosen design, it feels as if the whole construction is made from one monolith. Around Karmravor there are many interesting cross-stones, the most popular being "Tsak-Kar", which received its name because of the hole in the pedestal (1268).
In the old times Karmravor was a convent-monastery. There are two remarkable relics preserved till nowadays. One of them is an Indian picturesque curtain, which was brought in 1798-1799 from Calcutta, and the other is the Shukhonts handwritten Bible, which was gifted by Shukhyants Ashtarak family.
There is also grave of the Armenian great poet Gevorg Emin. 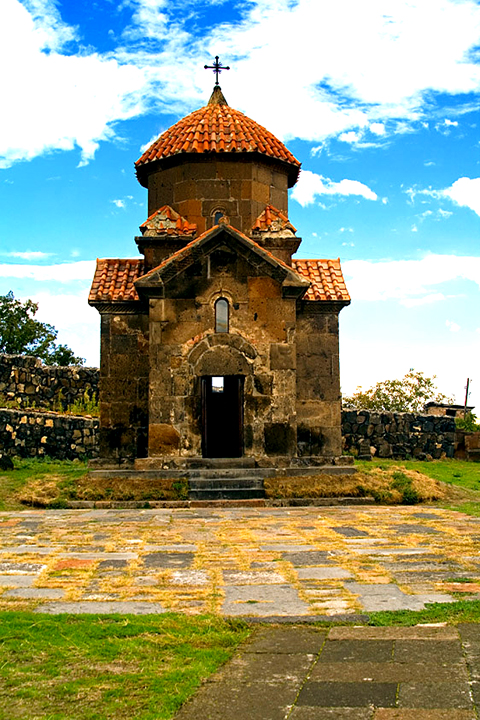 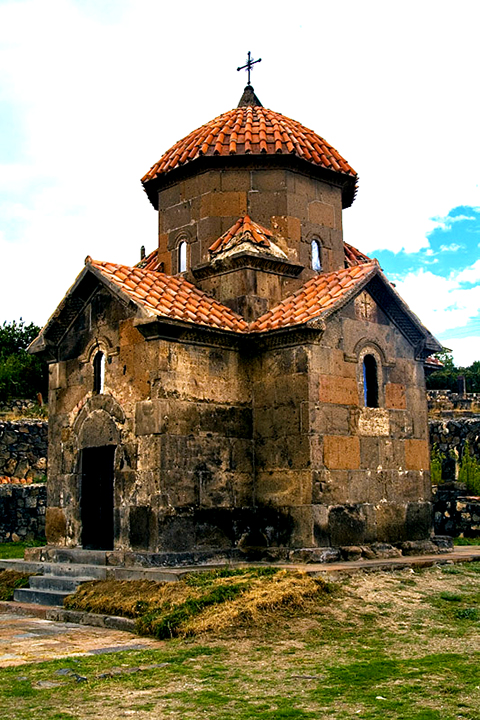 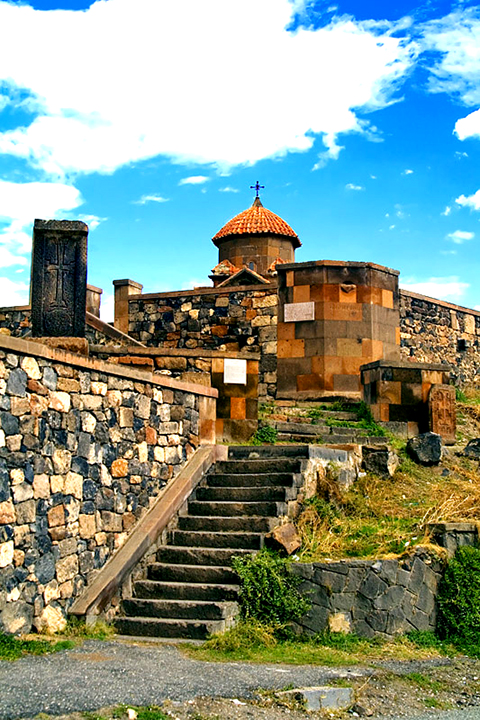 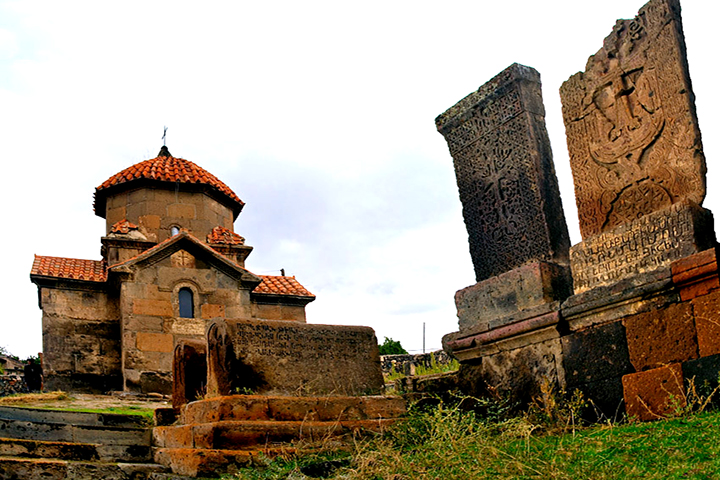 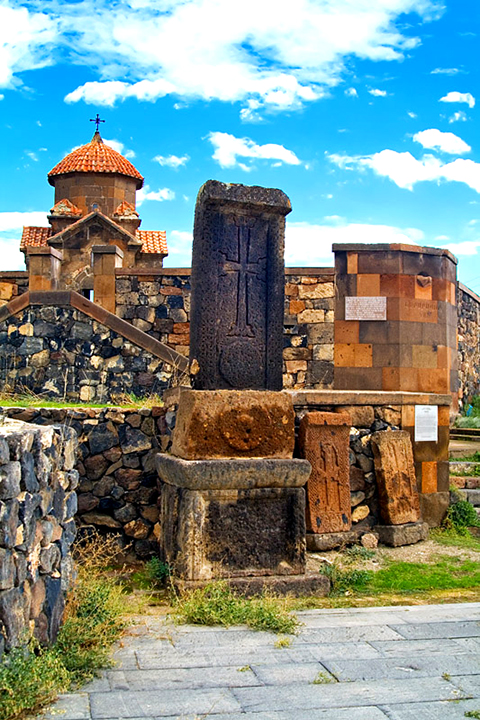