The Halidzor fortress is an Armenian architectural complex of the late mid-century, which is located in the Kapan area. It was built as a monk-brotherhood desert in 17c. Because of its in-accessible situation, it became the main fortress during Davit Bek’s liberation fight in 18c, and the center of Armenian kingdom of Syunik. It is located on the shores of the Voghji River. The walls of the fortress have abnormal square-like form. The only circular pyramid is on the south-western corner of the fort. There are two entrances both from the southern and the northern sides.
The church is made of large untreated basalt stones. The two-storey constructions from both the southern and the northern sides of the church were used as entries, and the shooting of the attacking enemy occurred from the roof. Halidzor’s great defense system gave David Bek’s army, the possibility of withstanding attacks of the Turkish army with less number of soldiers comparatively. 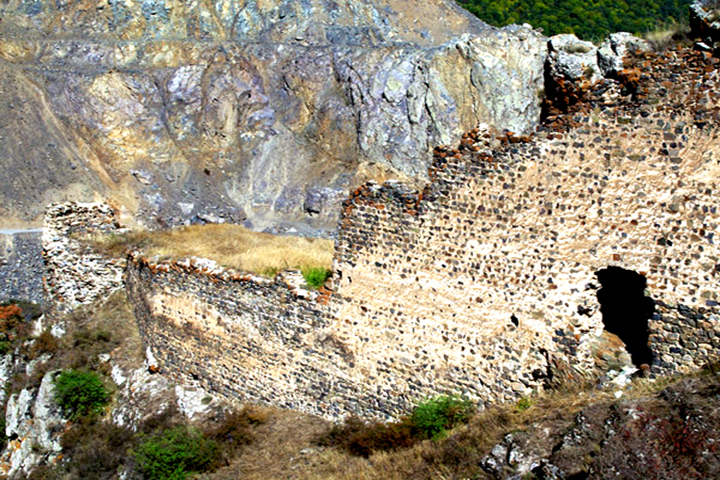 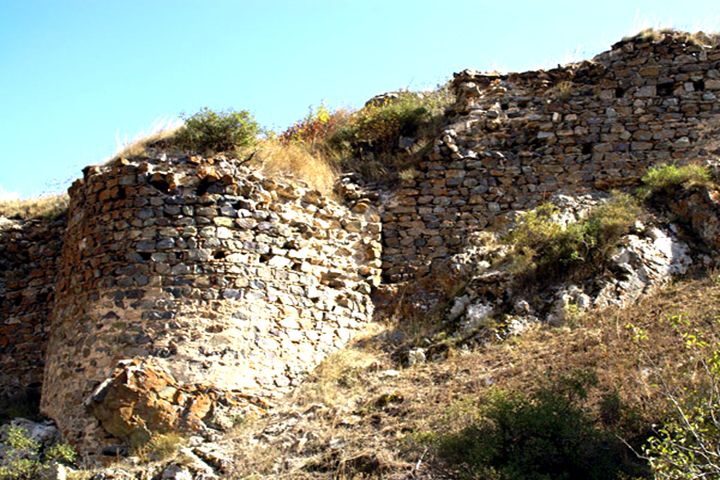 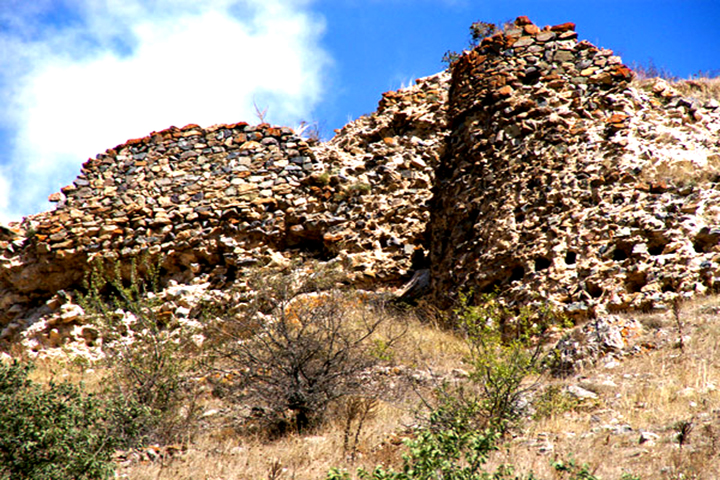 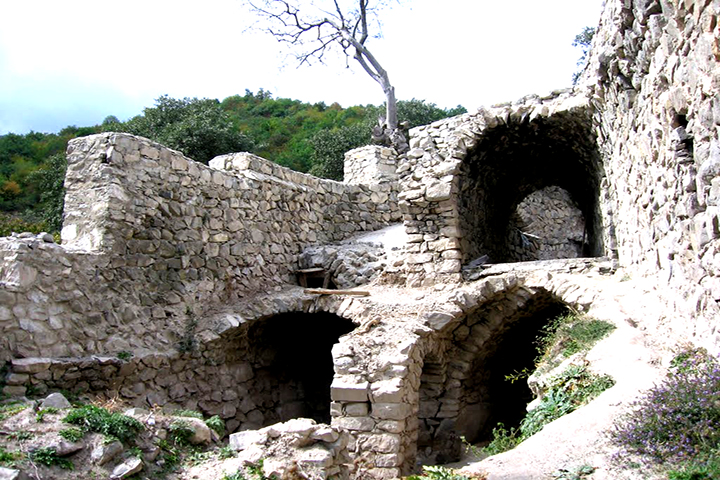 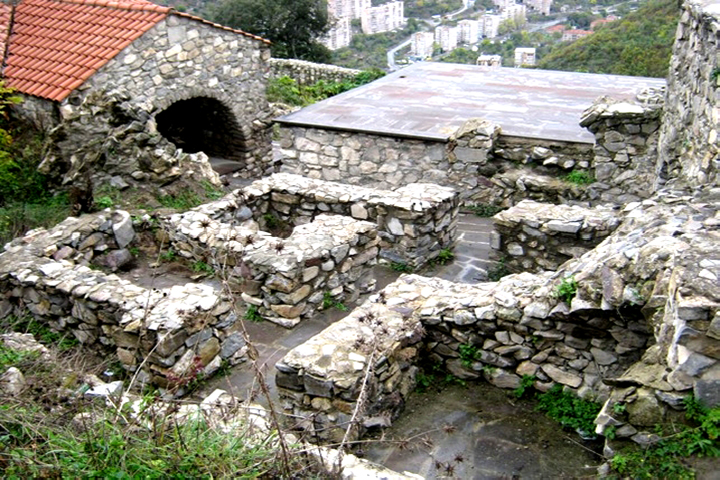