The Hayravank monastery complex of the 9-12th century is located on the north-eastern part of Hayravank village on Lake Sevan’s shore in Gegharkunik district. A church with an attached west entry, and an octagonal shaped vault, formed by black and red inclined stones was preserved.
In the area of the monastery a few dwellings were discovered. The oldest item, a black polished vessel - belonging to the early bronze period was discovered. But more characteristic to that complex, are items referred to as the "iron period" - the colorful decorated iron, and the golden, stone weapons, tools and decorations, clay idols, numerous vessels, fireplaces and other treasures were also discovered. 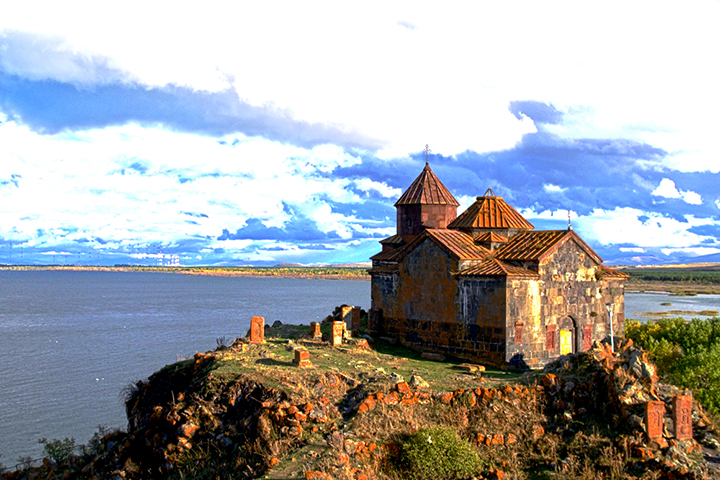 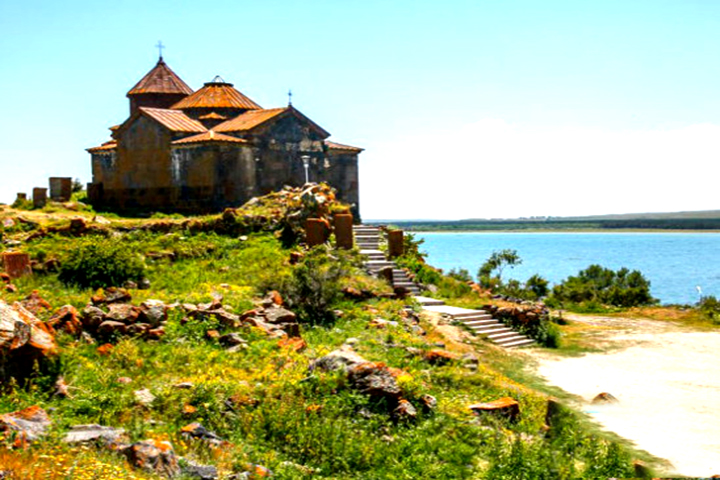 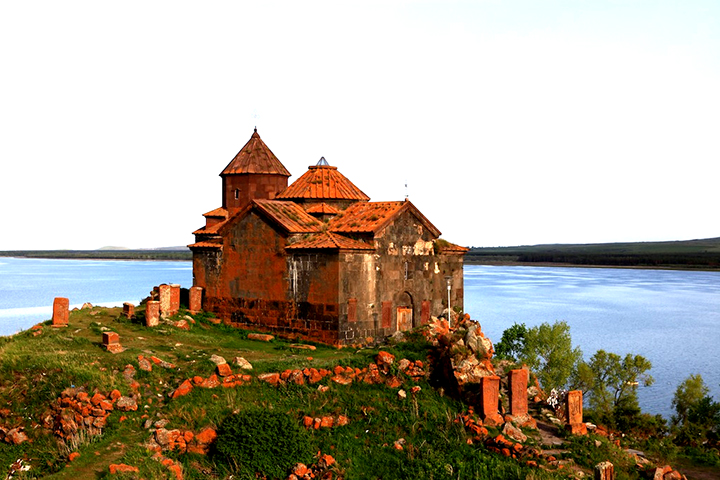 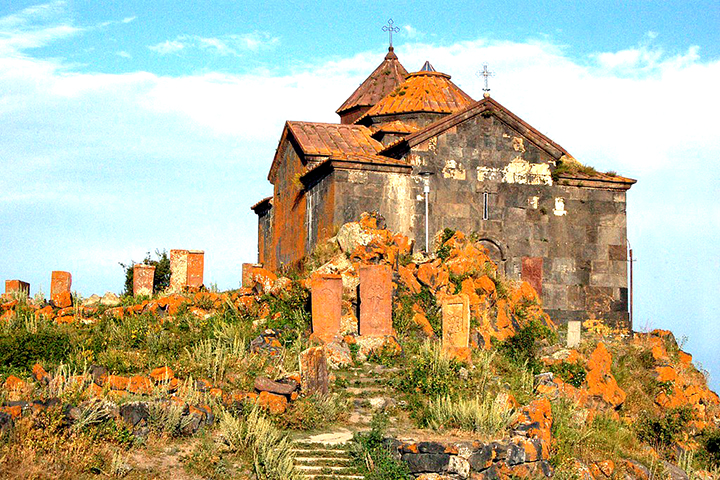 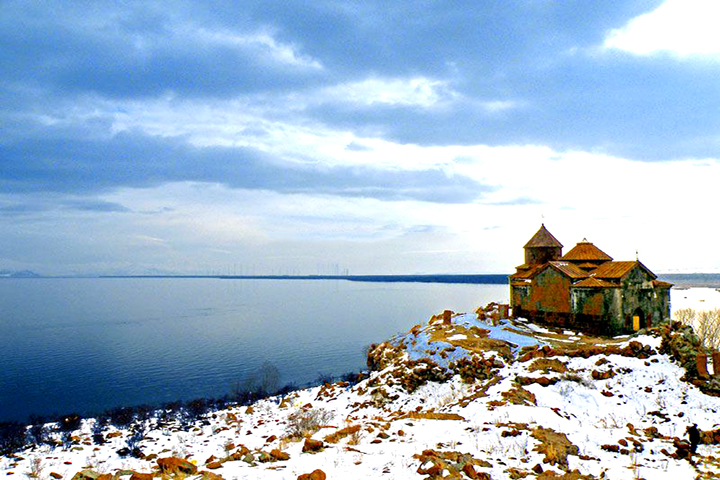