Hripsime church, one of the finest works of Armenian architecture of the classical period, a variant of the concentrical domed composition, stands on a slight elevation, at the eastern edge of Vagharshapat City. This kind of composition is characteristic only of the Christian countries of the Transcaucasus. Its expressive silhouette, seen from afar, stands up sharply against the background of an emerald-green valley dominated by the snow-capped Mt. Ararat.
St. Hripsime church, completed in 618, is a vivid example of a structure distinguished by the unity of layout and decoration in which the central-dome system is brought to perfection. The outside niches, which appeared in Hripsime Church for the first time, presently became a characteristic feature of Armenian architecture in the feudal epoch. The harmonious combination of individual components imparts monumentality and grandeur to Hripsime church which is relatively small. St. Hripsime church is among outstanding works of Armenian architecture. Its type was repeatedly reproduced in other structures of the Transcaucasus. The simplicity and clarity of the concept, the laconic shapes and the interior layout had a decisive influence on the subsequent development of Armenian architecture. 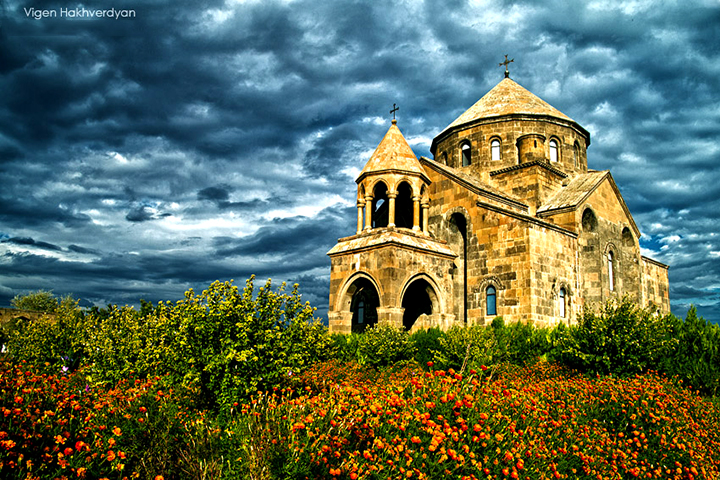 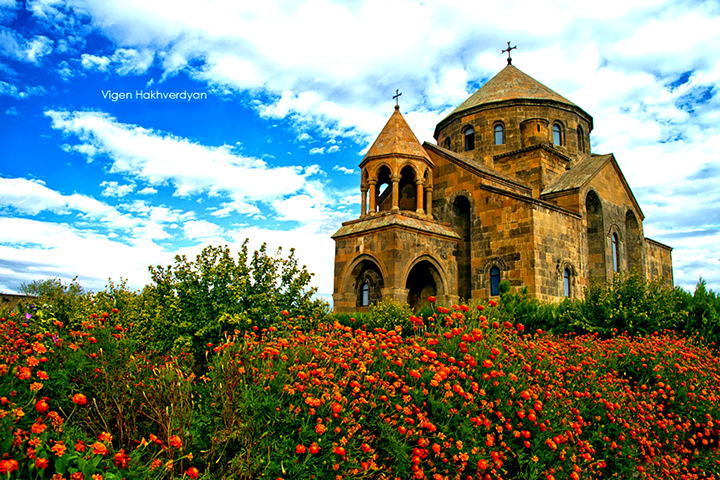 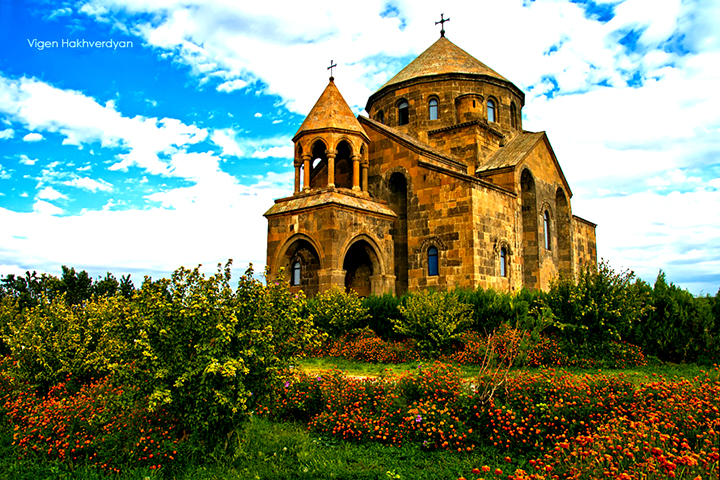 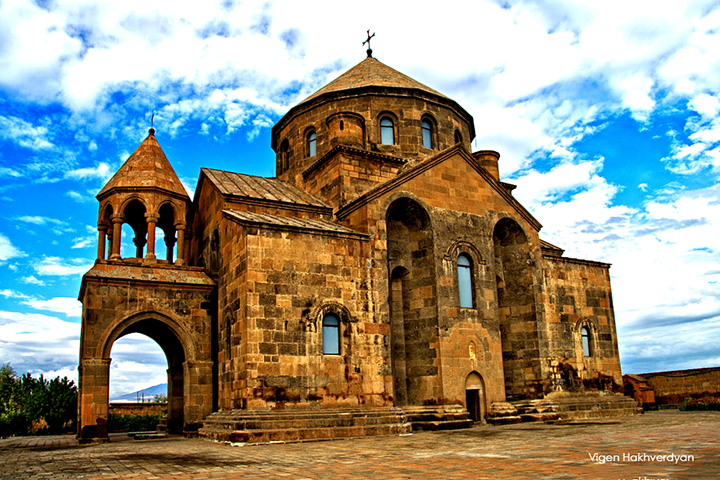 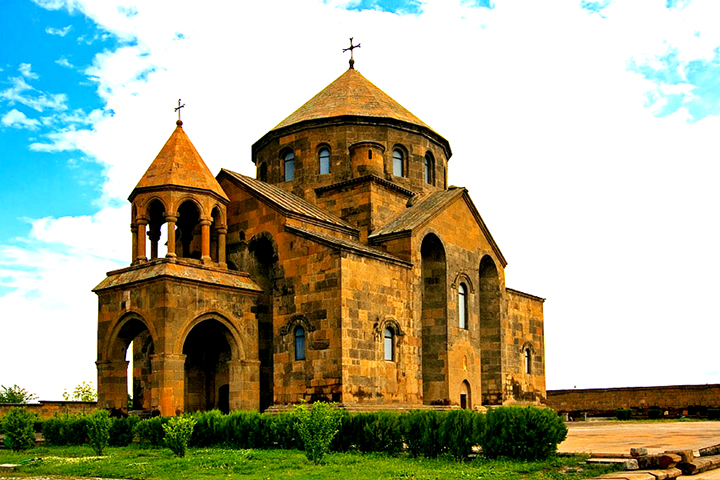 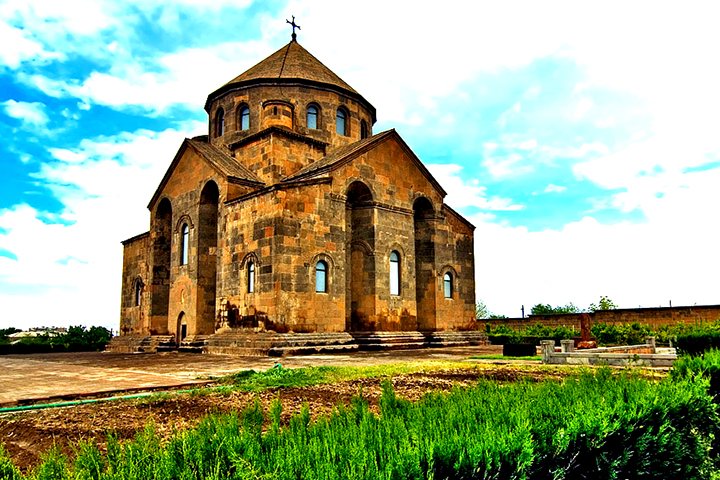 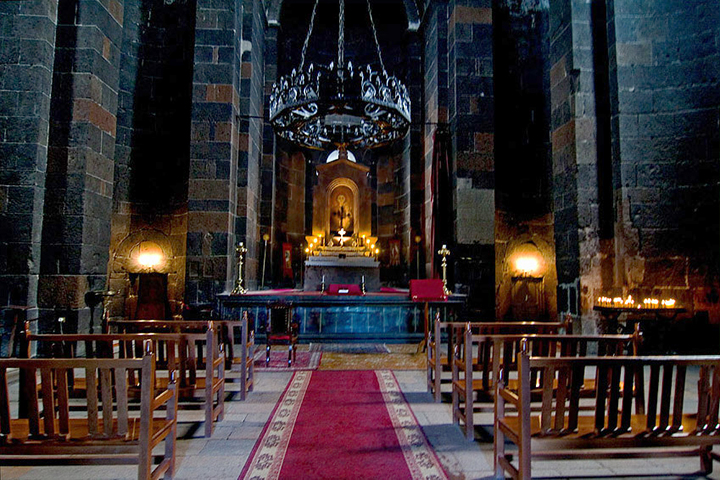