The Marmashen monastery is located 2 km to the north-west of the Marmashen village (Shirak district), on the Akhuryan river bank, divided into two monumental groups known as Big and Small. The main church - Catoghike, was constricted according to inscriptions of 988-1029 by the ruler Vahram Pahlavuni. It was heavily damaged after the Seljuk’s invasion. In 1225 the grandsons of Vahram Pahlavuni - the archbishop Grigor and his brother Gharib reconstructed Catoghike church.
The main church of the Marmashen monastery is of the vaulted hall construction type. The eastern altar is similar to that of the Ani Mother church and is treated with recesses. The Catoghike church is the best example of the Armenian architecture created during the Bagratuni period.
Attached to the Catoghike church is a second church built approximately at the same time. Only the northern and the eastern walls, formed with shaved red tuf, were still preserved to this day, which goes to prove that the second church with its compositon, architectural details and decorations was similar in many ways to Catoghike church. 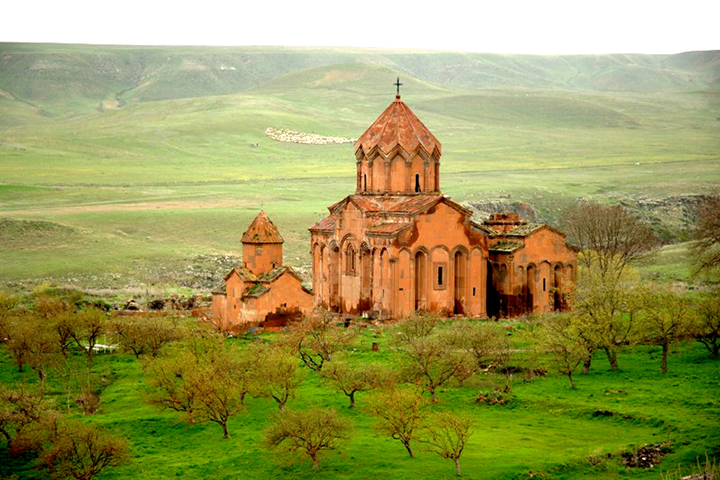 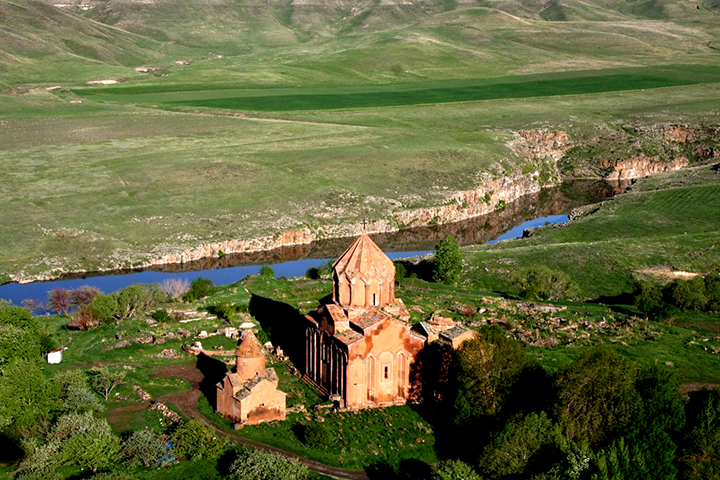 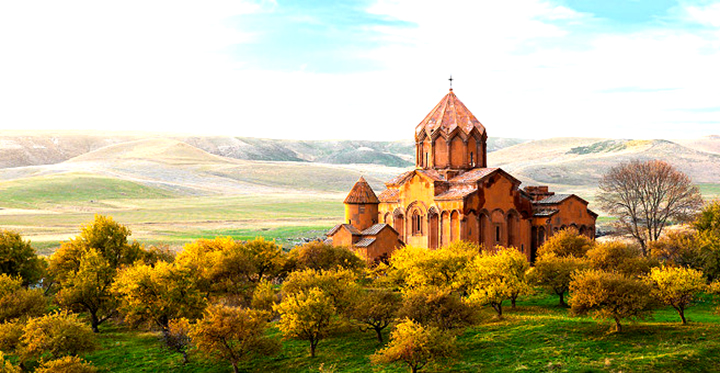 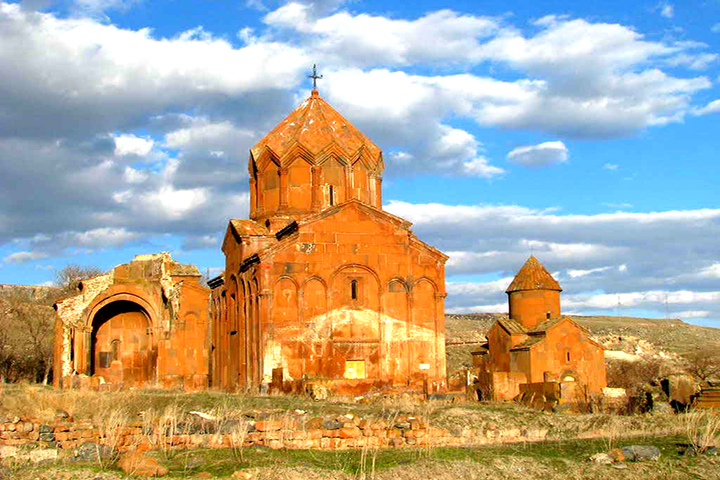 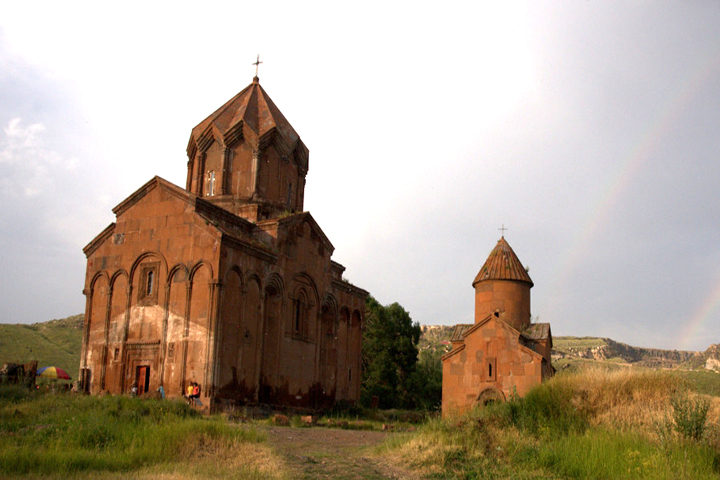