In the 17th century life in Eastern Armenia became relatively stabilized with the immediate result that the economy of the country, where important trade routes lay, revived. Settlements were restored, civil and religious buildings were erected. New monastery complexes were small, as a rule. As distinct from their predecessors they had one church with a chapel and a belfry, residential and service premises situated along the fortress wall which enclosed the bailey. Such is the monastery in the village of Mughni, Aragatzotn district.
Standing on an elevation, it is the architectural dominant of a vast settlement and of the territory adjacent to it. Its only church, St. Gevorg (XIVc), is in the center of a wall-enclosed rectangle the north-eastern corner of which is occupied by celIs and service structures. The first storey of the northern wing housed storerooms and the second one - monks’ cells.
The Eastern wing was much smarter in appearance. At the top, there were the Father Superior’s chambers to which an external one-flight stairway led. Below, there was a refectory with a kitchen and a pantry. For the worshipper’s convenience, it had an exit to a small square beyond the eastern wall of the monastery. Pilgrims' carts were usually parked there. 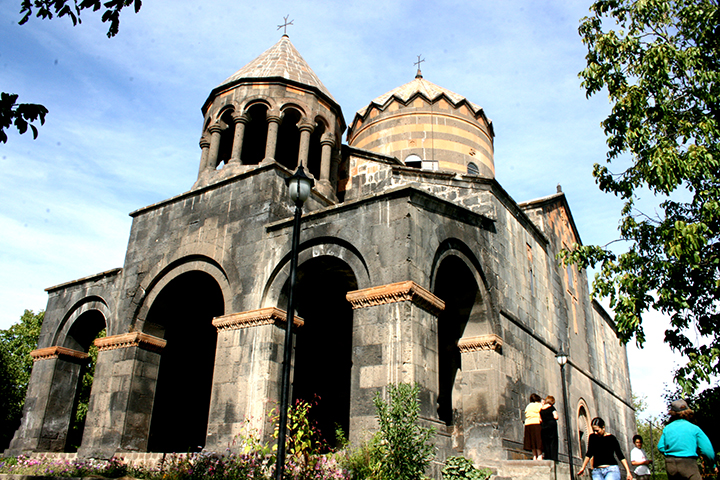 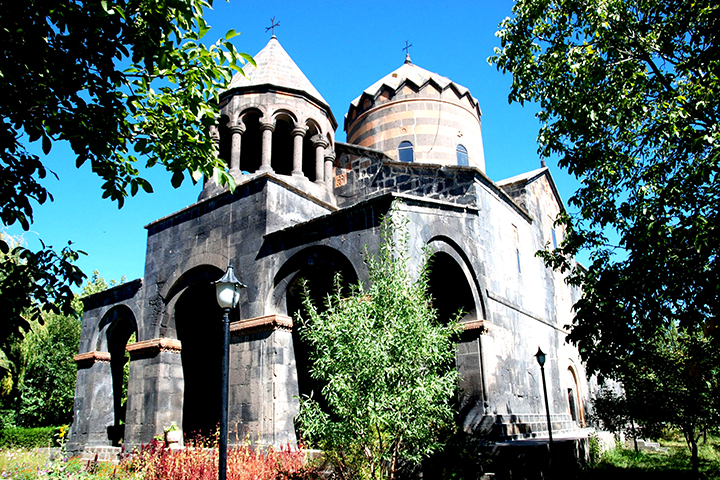 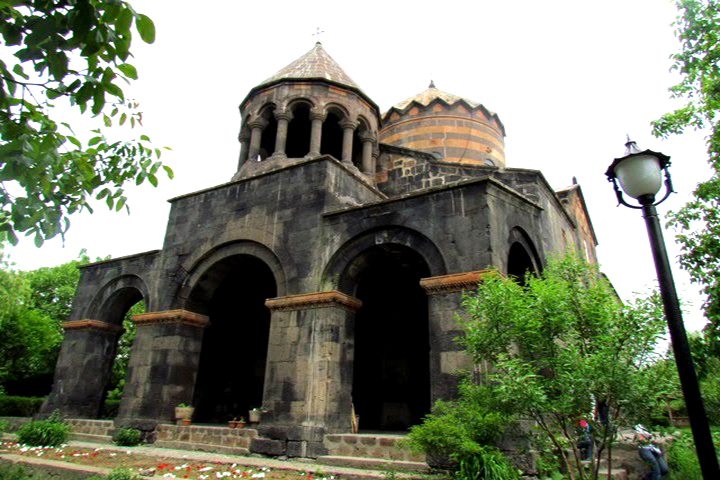 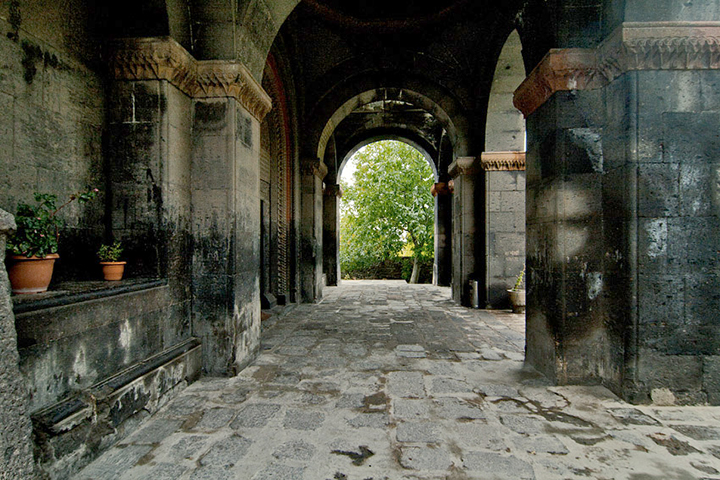