Monuments of the village Noratus

On the shores of the Gavaraget River in Gegharkunik district lies the Noratus village, which is the oldest section of the entire district, where numerous historical monuments were preserved. In the village center is the St. Astvatsatsin church, and on the south-eastern edge the St. Grigor Lusavorich cemetery. The St. Astvatsatsin church was built by Gegharkunik’s king Sahak at the end of the 9th century. Its architectural composition was composed of "vaulted hall" type construction. The St. Grigor Lusavorich church was built in the 9-10th centuries, and eventually during the 10-11th centuries was also converted to the vaulted hall type of construction, by architect Khachatur.
Remarkable is the villages’ southern large cemetery with its many cross-stones. The majority of them belong to the 13-17th centuries, as a group of cross-stones on family cemeteries. It can also be seen smaller rectangular tombs here, with cross-stones placed on the top of them. In Noratus many talented stone masters were chiseling these works, namely: Melikset, Nerses, Kiram and others. In the tombs of the Shor-Gyol area items made of bronz and iron period were found. 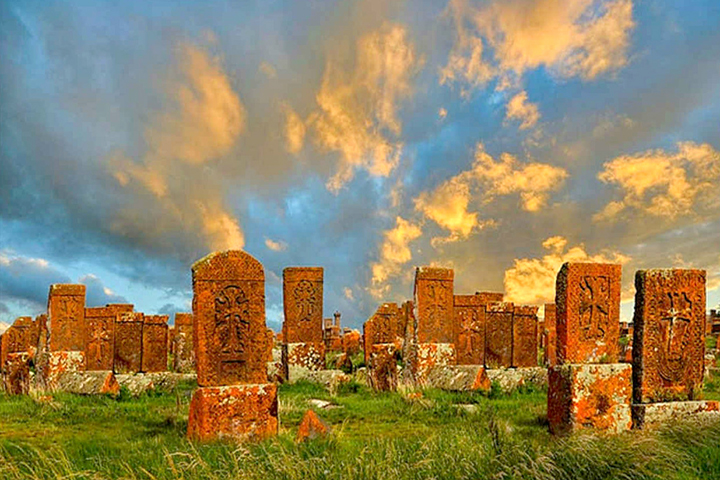 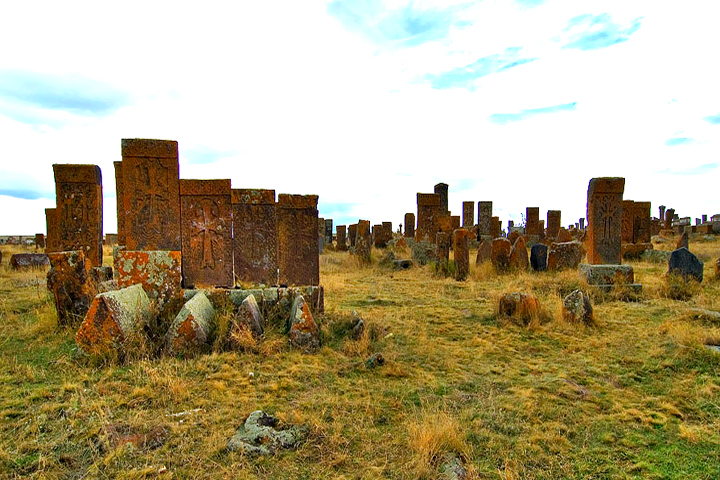 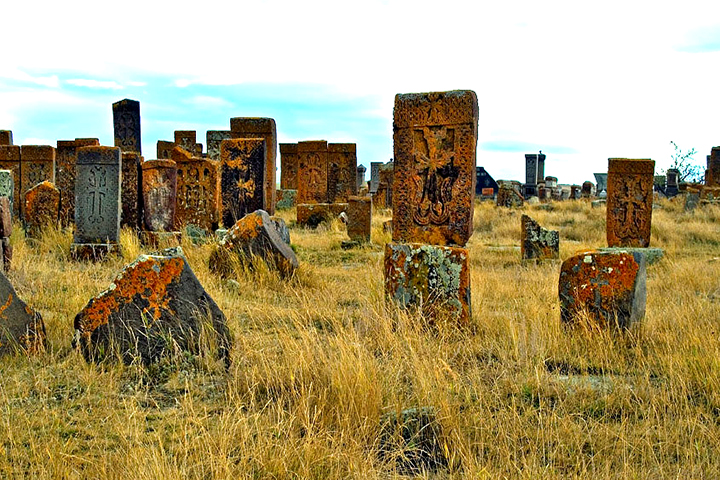 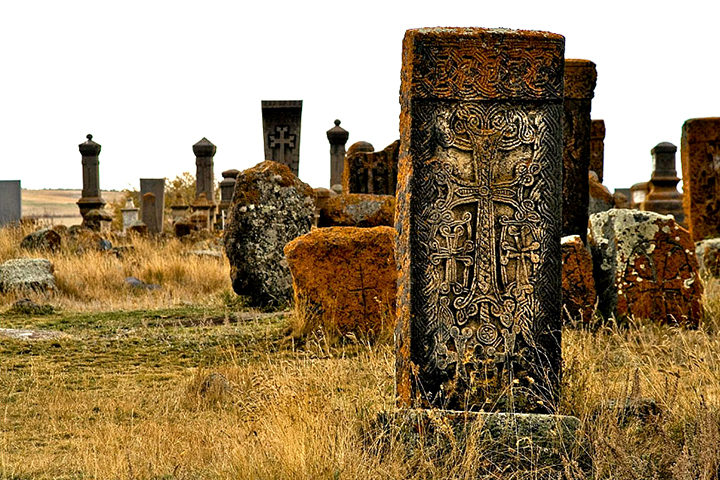 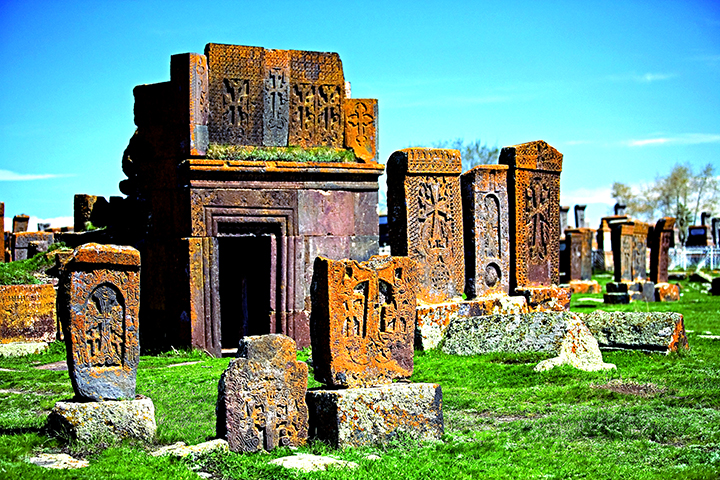