The Shoghakat church is a mid-century architectural monument located in Echmiatsin. It was built at the location where the "rays dripped" upon Christian Hripsime’s martyrs. The current church ("vaulted hall" type) was constructed in 1694 from the reddish black shaved toof. The scheme’s proportions and forms are characteristic to the mid-century monumental architecture, that is why, supposedly, it was erected on the foundation of the structure (dating back to the 6-7cc). There is a "hall-gallery" attached to the church from the west.
To the south-west of the Shoghakat church, after an excavation, ruins of the church (4c.) made with shaved toof were discovered. There is semi-circular base attached to the outside south wall, which supposedly completed the column-gallery. The entrances are from the both the west and the south. 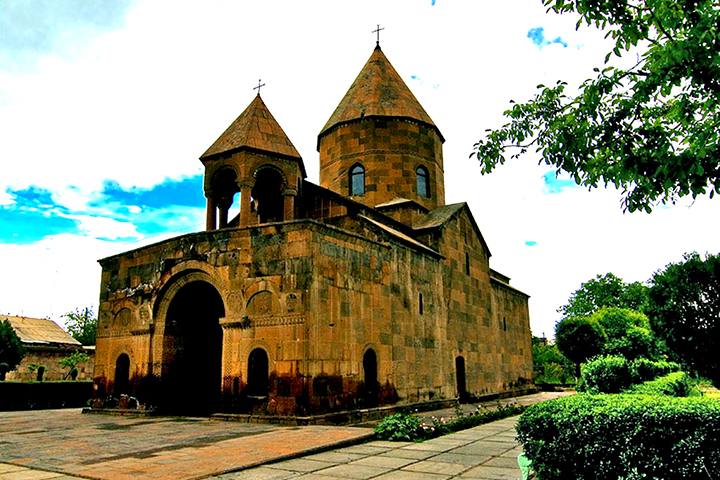 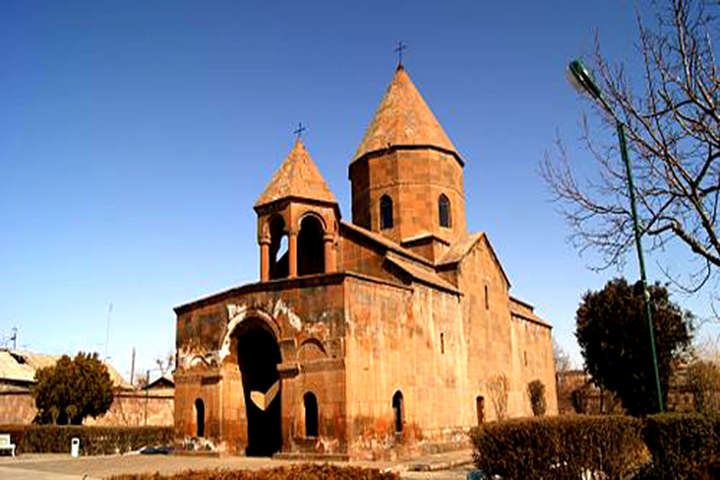 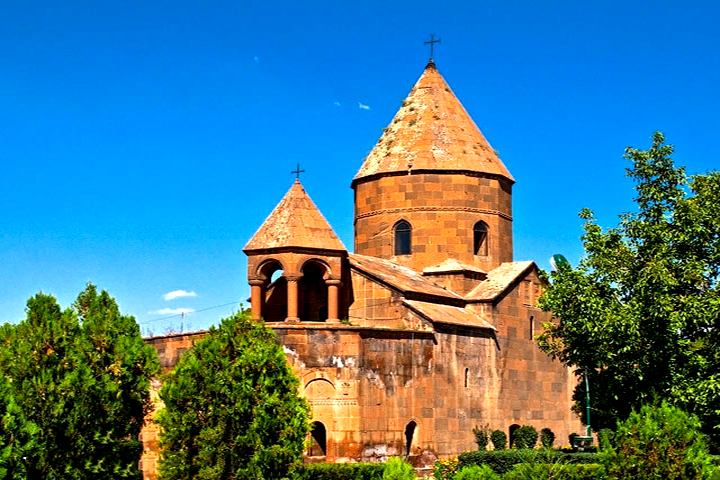 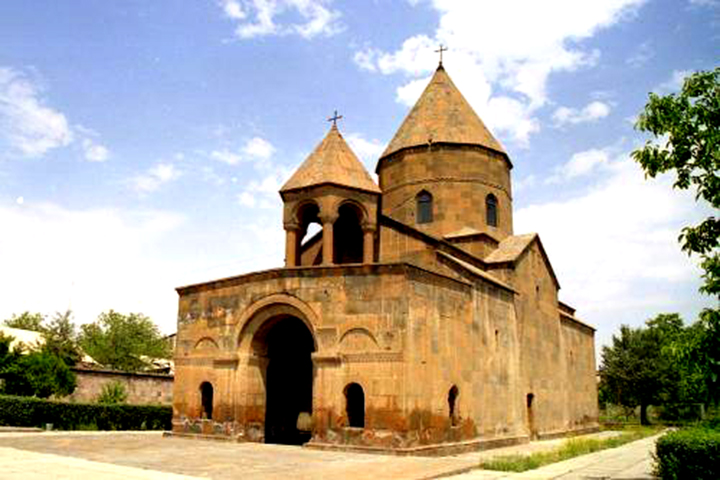 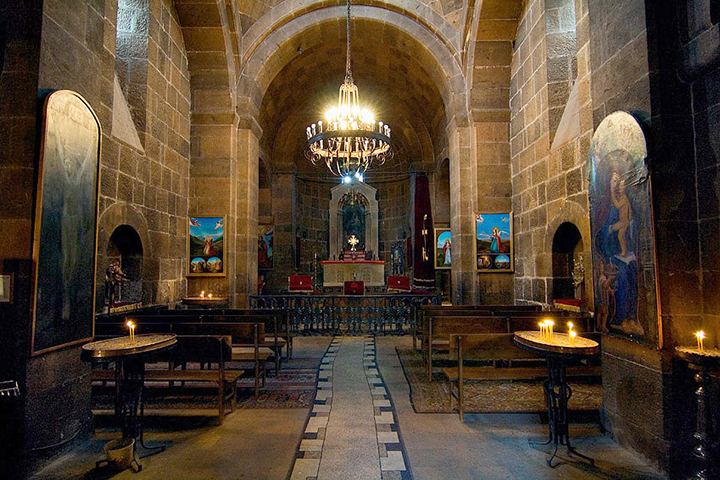