The monastery complex of Saghmosavank is situated in the Aragatsotn district. Its silhouette dominates the adjacent villages and rise sharp against the background of the mountains crowned by Mt. Aragats.
The main temple of the monastery erected by Prince Vache Vachutyan - the church of St. Sion (1215) and belongs to the same type of cross-winged domed structure with two-floor side-chapels in all the corners of the building. Saghmosavank vestibule is accentuated by a double archway the arches of which are not semicircular but pointed.
The book repository of Saghmosavank, built in 1255 under Prince Kurd Vachutyan is among Armenia's buildings rare in their purpose and original in their composition. Added to three buildings erected earlier, it is L-shaped in the plan. There is an altar apse on its eastern side and its south-eastern corner has two-floor side-chapels attached to it - a unique phenomenon in the structures of such purpose. The decoration of the book depository, for all its variety of form and detail, probably did not satisfy the architect. Therefore he resorted to color decoration as well. Individual parts of the interior are not only composed of red and black stones, but coated with white, yellow and red paint, which added much to the beauty of the interior. The exterior of the book depository is also quite unusual. The building is as high as the church of St. Sion and its vestibule. The facades are plain and topped with gables.
The book repository communicates, through doors, with the vestibule and church of St. Astvatsatsin (Holy Virgin) (1235) to which one can get only through the book depository. This circumstance, as well as the existence of the altar apse, suggests that the building was intended for depositing not only manuscripts, but precious church-plate as well. 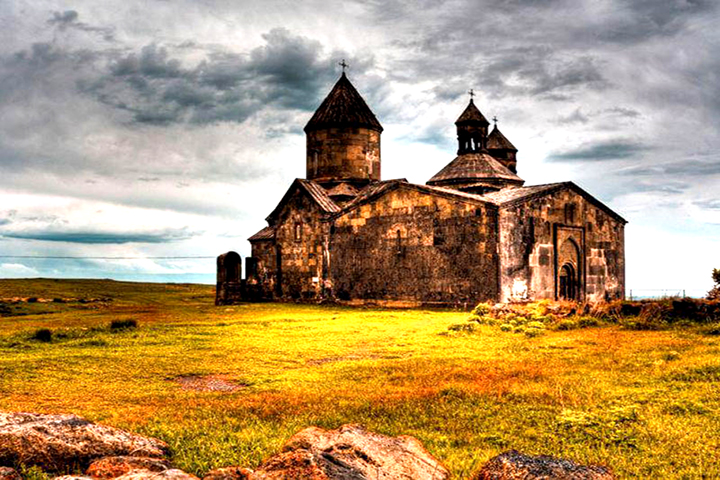 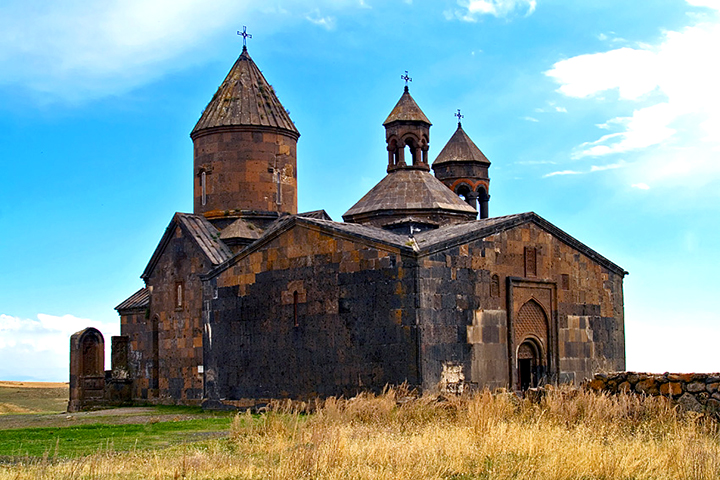 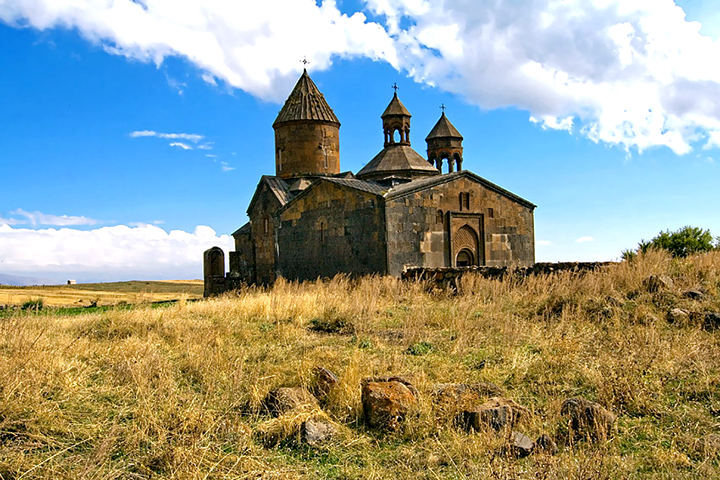 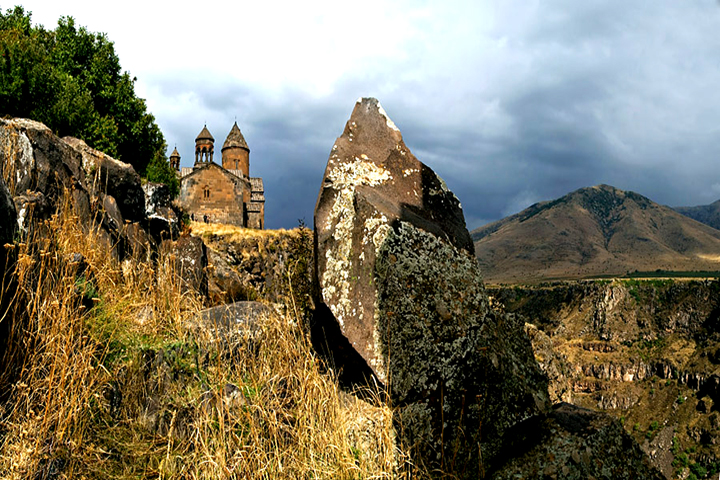 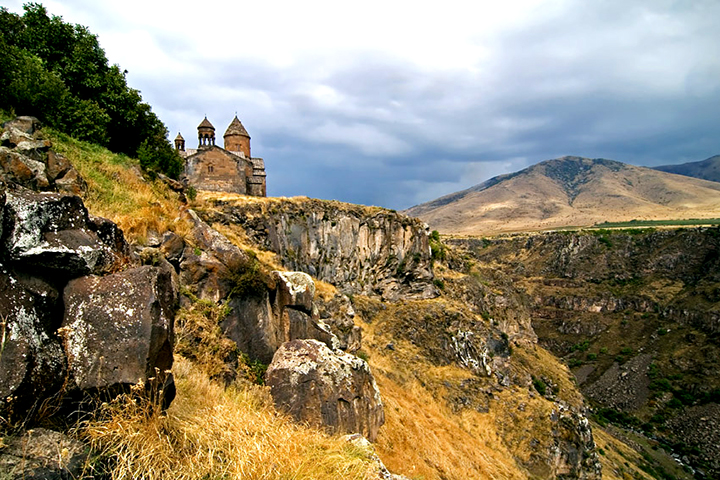 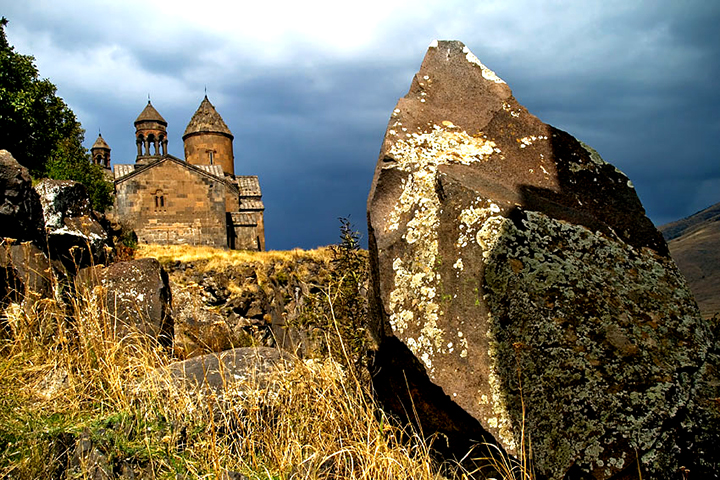 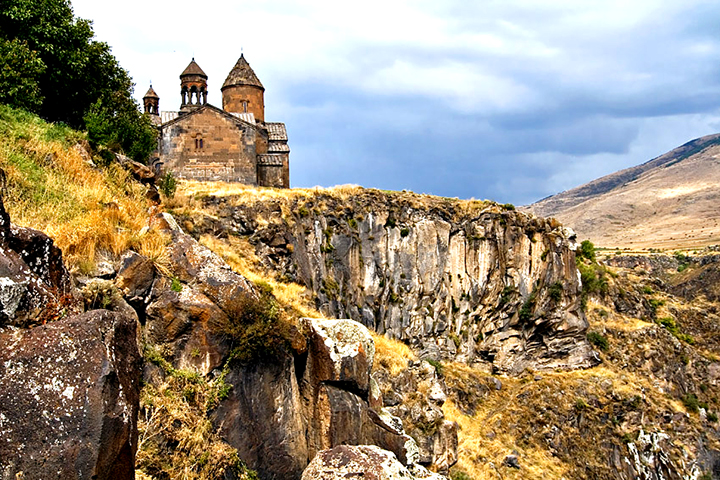 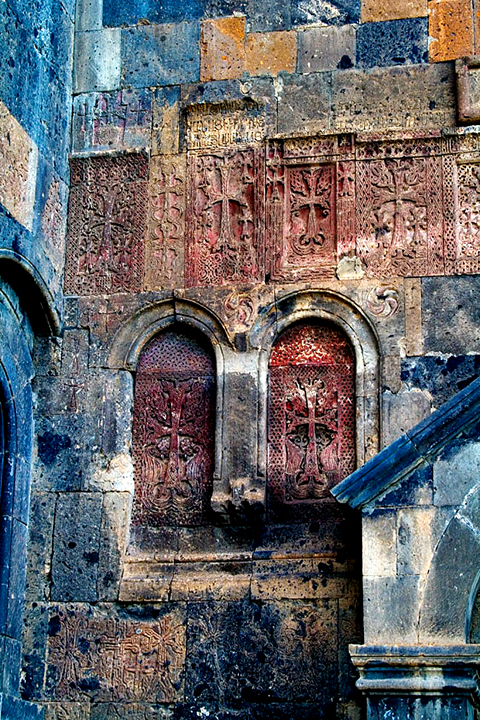 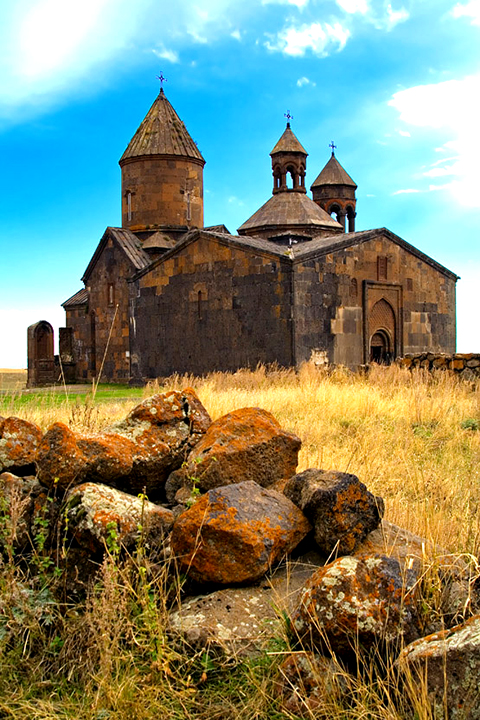 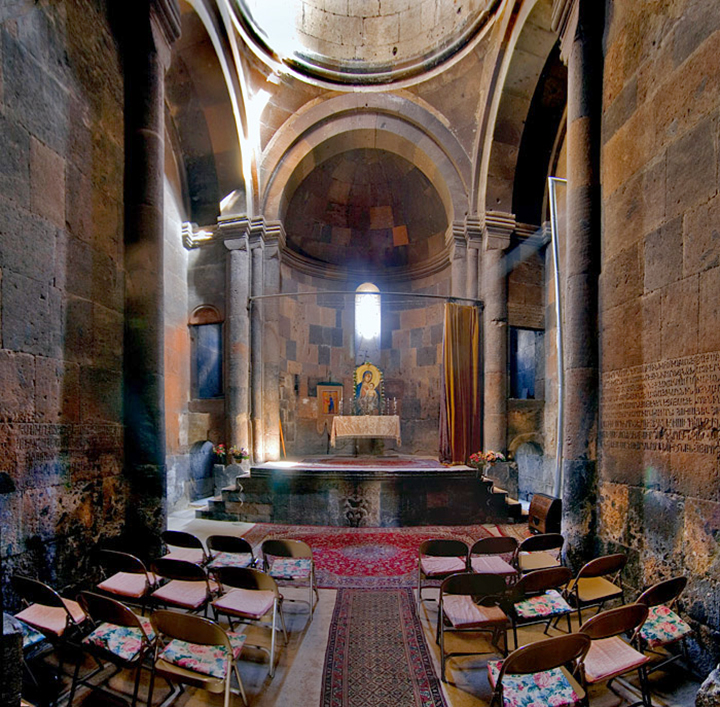