Founded in 305, two churches - 874.
The Sevan monastery was once located on the Sevan island (now peninsula in Gegharkunik district). The island was strengthened with fort walls during the bronze century. During the 9th century Sevan became the royal citadel of the Syuniats kings. In 874 the daughter of King Ashot Bagratuni - Mariam, built Arakelots and St. Astvatsatsin (Holy Virgin) churches. There is a chapel on the eastern side of the St. Astvatsatsin church, which columns have carved wooden decorated capitals and are important examples of Armenian wood-carving art. They are now preserved both in Armenian State Historical museum and in Hermitage. In the area of the monastery there are numerous cross-stones. During 1956-1957 the churches were once again reconstructed. 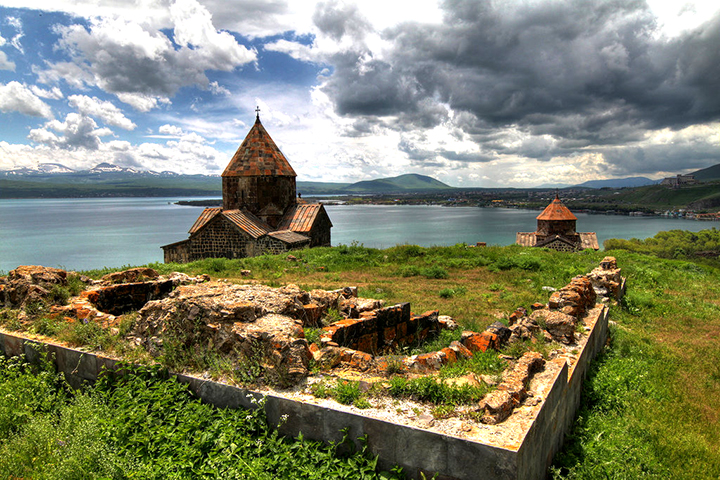 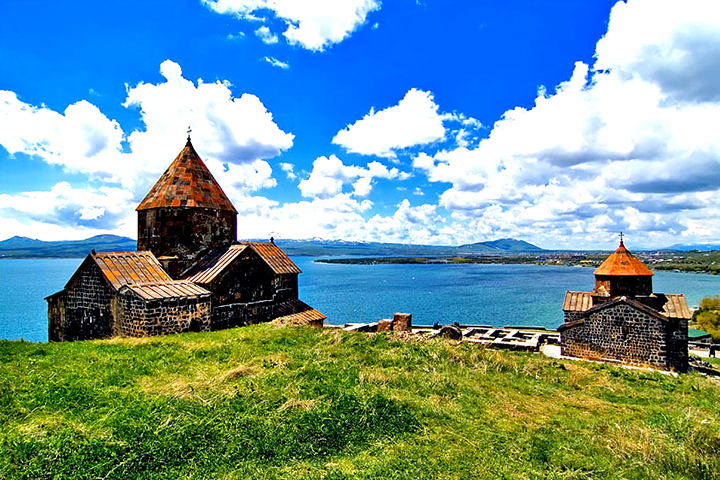 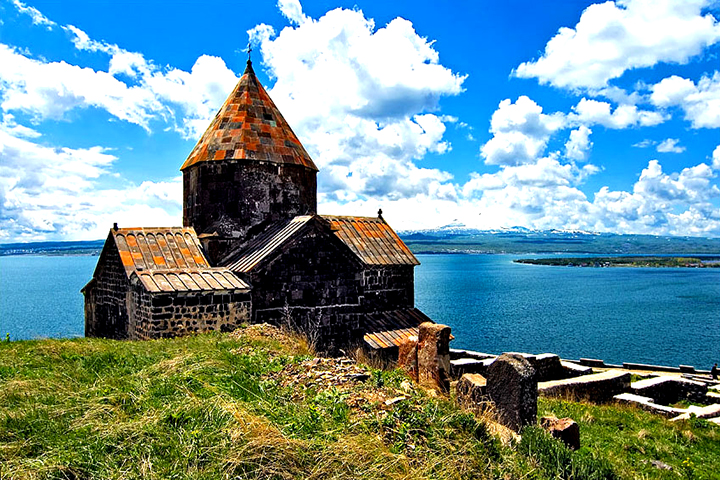 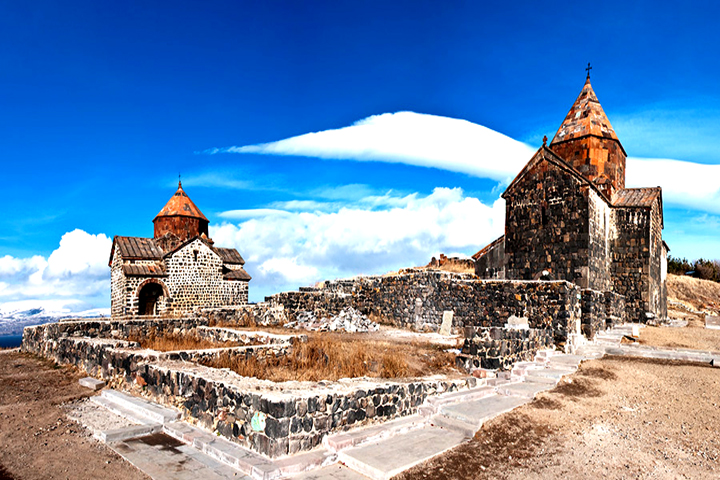 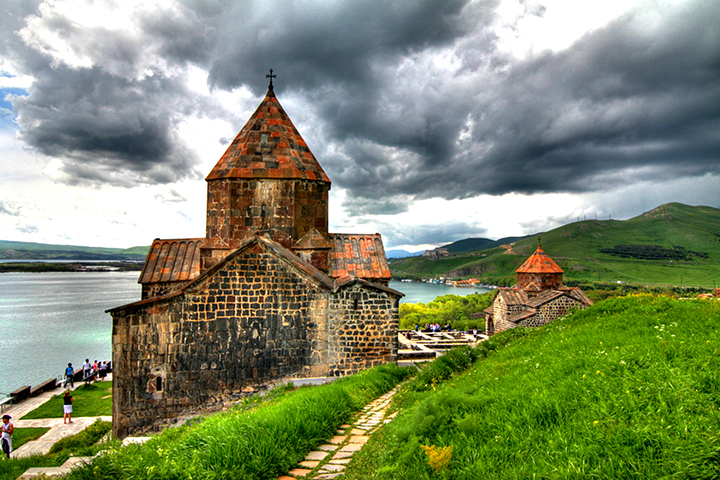 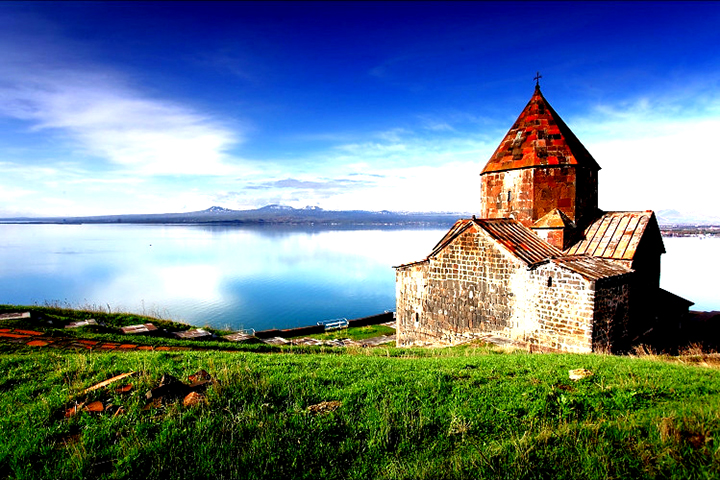