The concert hall is situated in the building of the National Academic Theater of Opera and Ballet after Al. Spendiaryan. In front of the main entrance of the building there is a monument to Aram Khachatryan (architect - Yu. Petrosyan) which was set in 1999 on the birthday of Aram Khachatryan (June 6). The interior of the hall includes bas-reliefs with Armenian ornaments. The hall used to be called "Big hall of Armphilharmony" and in 2003 it was named after Aram Khachatryan. The hall is provided for 1272 spectators. 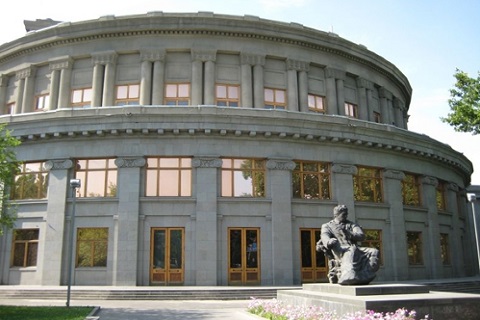