In accordance with the decree of the Council of Ministers of Soviet Armenia, in 1964, the house-museum of Yeghishe Charents was founded in Mashtots avenue, 17 (formerly 45 Lenin avenue) in Yerevan: in this building the poet lived in 1935-1937. It is the center studying the poet's life, his literature and culture, public and political activity, where the poet’s relics achieved us: personal things, manuscripts, documents, books, photos and other things. The most dedicatory sector of the museum is the reminiscence home where everything is preserved and exhibited as it used to be during his living there. 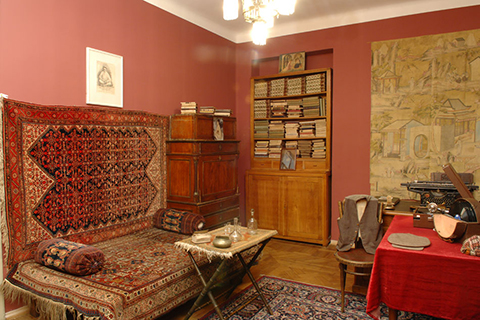