The Yerevan Modern Art Museum was founded in 1972 by the efforts of Henrik Igityan, Yerevan Mayor G. Hasratyan and the best Armenian painters. As a specialized museum of modern art this establishment was the first not only in the former Soviet Union, but also in the whole socialist block. The first exhibition of the museum completely consisted of the works of the Armenian artists of the 1960s granted to the museum by them. The main exhibits of the museum are the works of Minas Avetisyan, Ashot Hovhannisyan, Martin Petrosyan, Hakob Hakobyan, Gayane Khachatryan, Vruyr Galstyan, the Elibekyan brothers, Haroutioun Galentz, Rudolph Khachatryan, Ashot Bayandur and other outstanding artists.

In 2007 a new building was allocated to the museum where the works of the artists of middle and younger generation are exhibited. In 2004 a benefactor Grigor Muradyan granted the museum the works of well-known American-Armenian artist and sculptor Emil Kazaz. 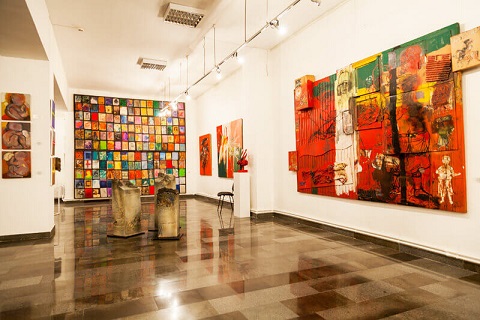