The Haghpat monastery is situated in the north of Armenia, in the same named village (Lori district). Standing on a high plateau, amidst low structures, they rise sharp against the background of steep forest-grown slopes of Bazum ridge.
The exact date of the foundation of Haghpat is unknown. Documentary evidence and monuments of material culture suggest that these structure date back to the middle of the 10th century. The formation of Tashir-Dzoraget kingdom of the Kyurikids in 979 and the great attention paid to Haghpat by various rulers of Armenia and their vassals favored the construction of many religious and civil structures there. In this monastery humanitarian sciences and medicine were studied, scientific treatises written and paintings, most miniatures created.
The main monastery buildings are grouped around chief temple. Religious structures are of the cross-winged dome type and have side-chapels in four corners, or of the cupola hall type. The structure of the fist type is St. Grigory church (1005), which lost its dome during the reconstruction in 1211.
The most important of the cupola-hall type buildings is St. Nshan church, founded by Khosrovanuish in 976 and completed in 991. The decoration, particularly ornamental carving, is very modest. A sculptural group of Smbat and Kyurike kings with a model of the temple in hands, which brings it closer to a three-dimensional sculpture fitted into a wall niche. The interior St. Nshan was decorated with frescoes which are almost totally lost by now. The altar apse was decorated with frescoes twice, the last time in the second half of the 13th century. Probably the whole of the interior was covered with frescoes. 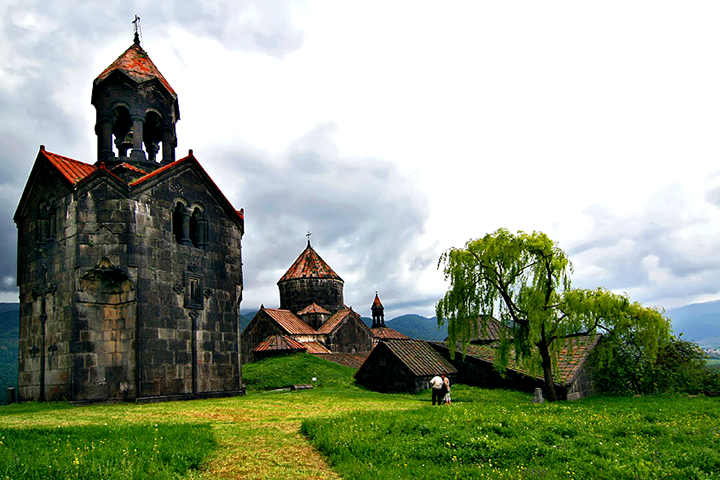 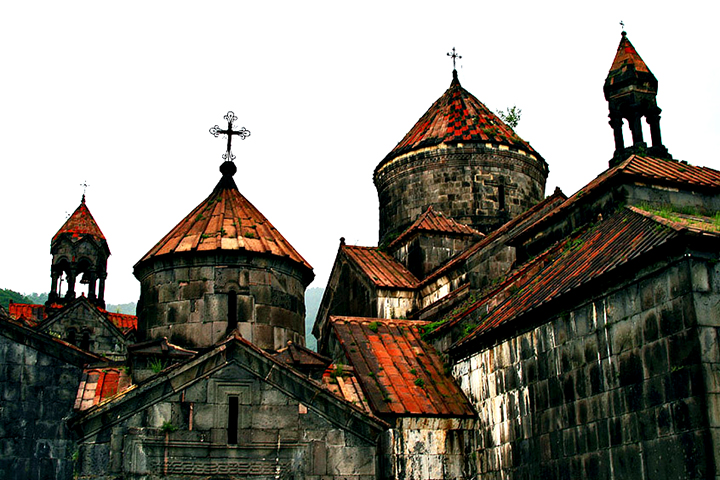 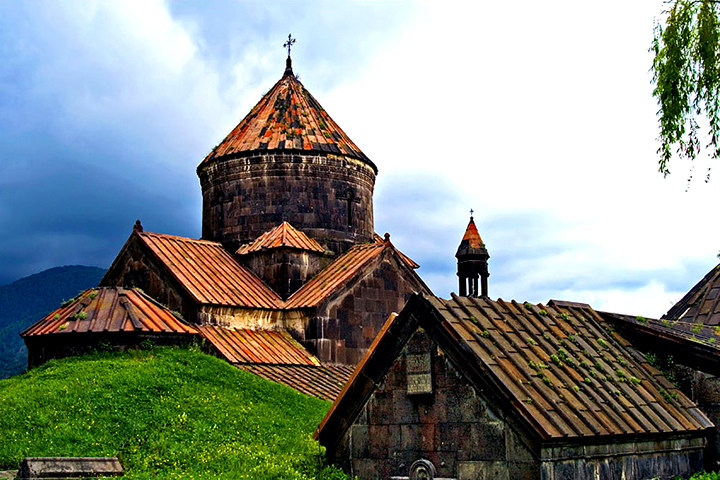 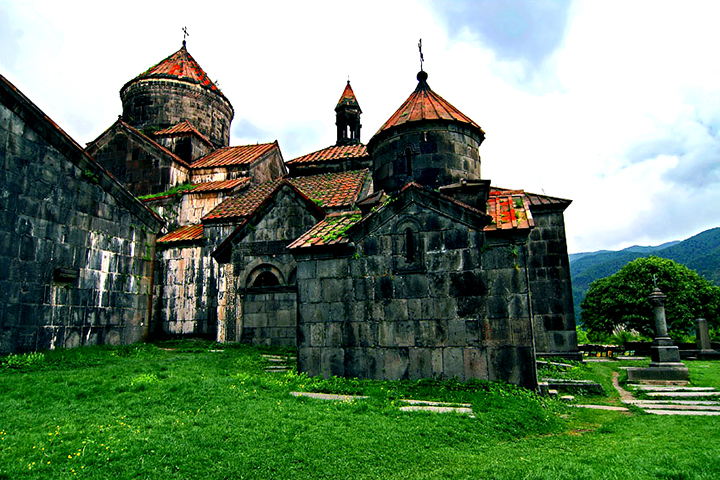 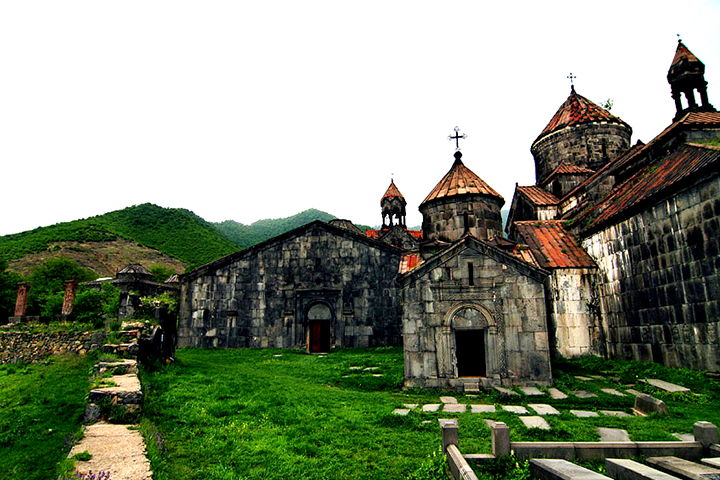 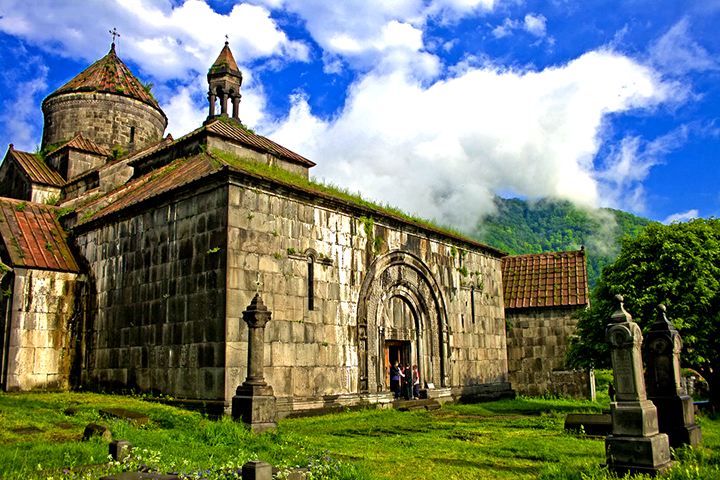 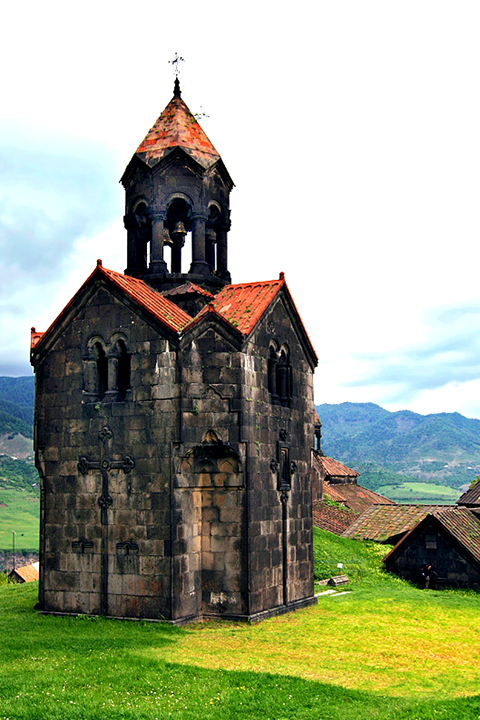 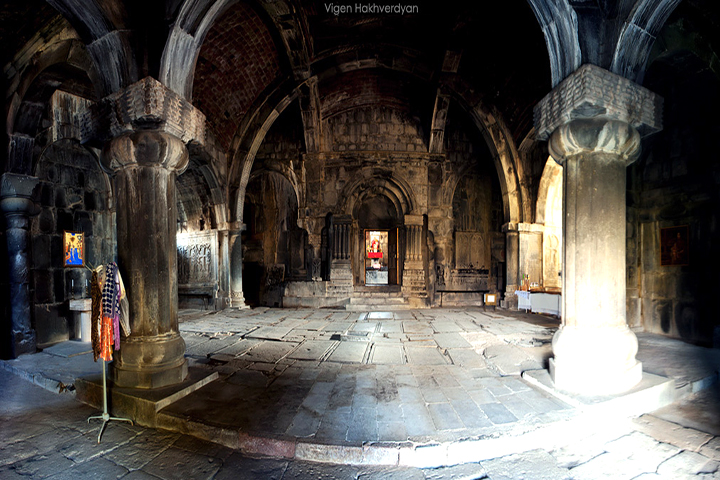 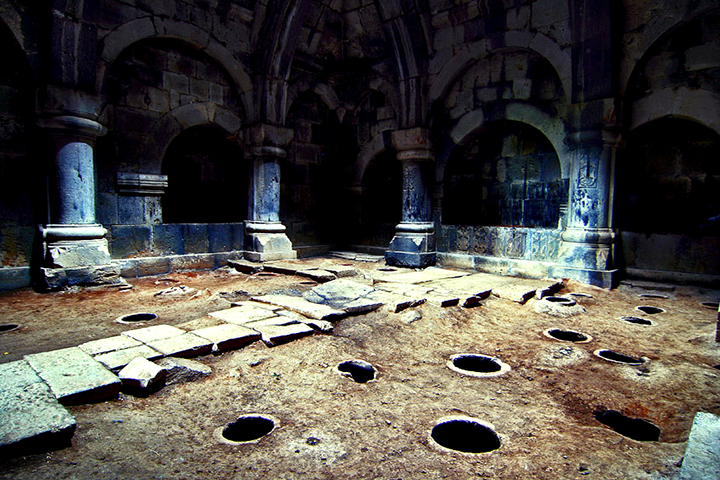 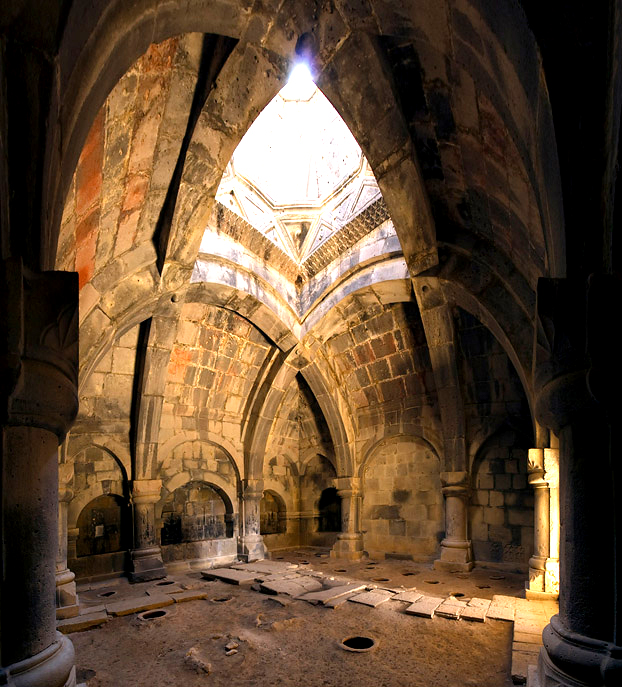