Amberd was a midcentury fort-city. It was built during the 10th century, 7 km. to the north of Byurakan village, of the historical Aragatsotn district (on the southern wing of the Aragats mountain). It was situated in the triangular cape where the rivers Arkashen and Amberd were joined, at an elevation of 2300m height.
The mansion and some parts of the fortress wall were constructed in the 7th century. In the 10th century it was the military defense center of the Bagratuni and Pahlavuni kingdoms. In the 11th century it was invaded by the Selghuks and became their military center. In 1196 the united Armenian-Georgian army, under the leadership of Zakare, freed Amberd from the Selghuks. And once again in 1236 the Mongols invaded the fort and nearly ruined it. At the end of the 13th century the Vachutyan’s once again reconsructed the fortress. 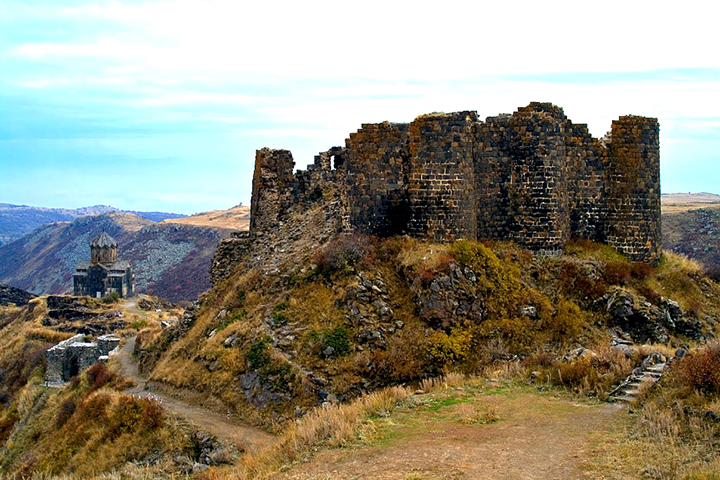 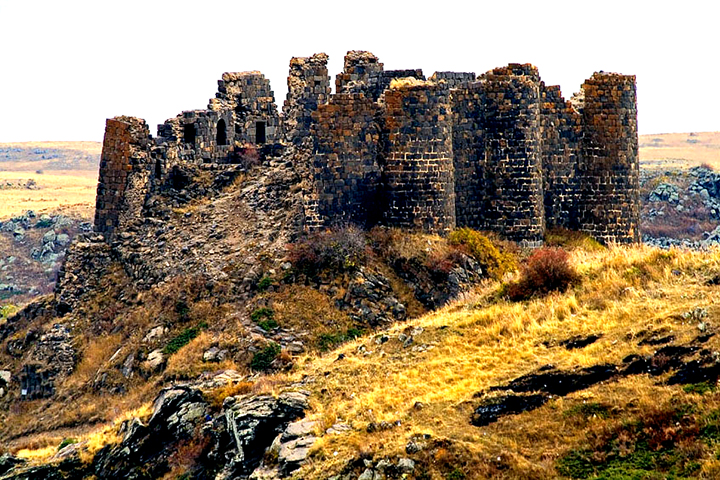 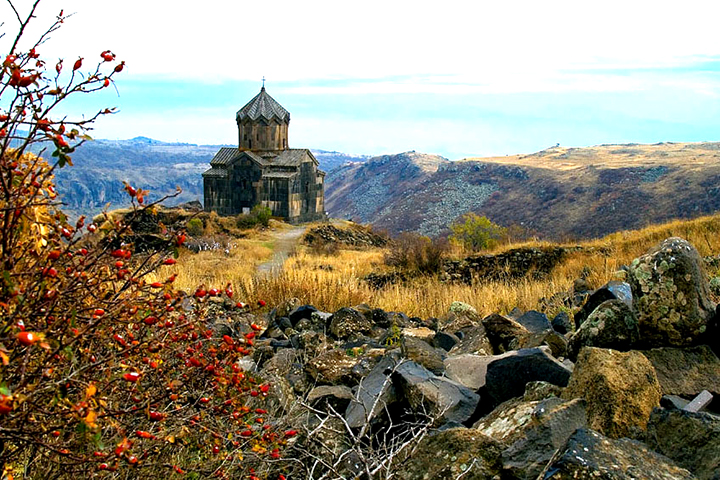 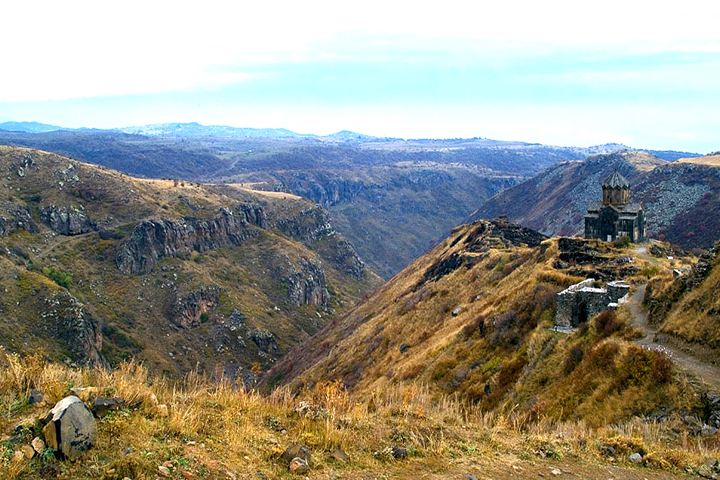 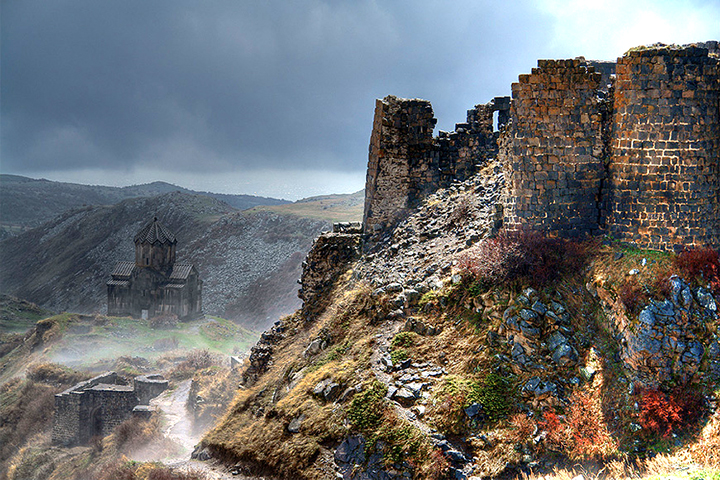 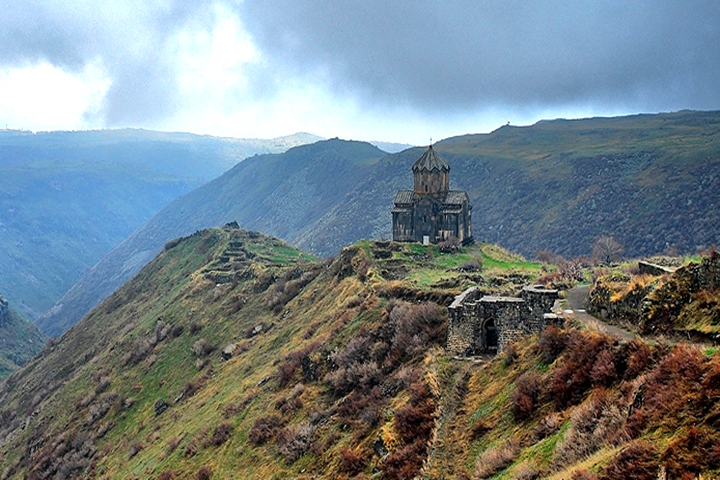 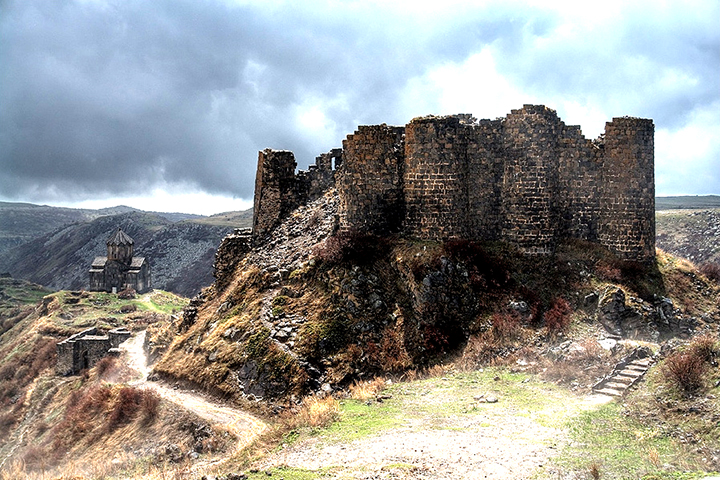