The Noravank monastery is situated on a ledge of a deep winding gorge of a tributary of the Arpa River near the village of Amaghu, Vayots Dzor district. Noravank ensemble stands amidst the bizarre-shaped precipitous red cliffs. Built in place of an ancient monastery, it grew in the reign of Princes Orbelyan of Syunik. In the 13th-14th centuries the monastery became a residence of Syunik's bishops and, consequently, a major religious and, later, cultural center of Armenia.
Of great interest are the vestibule of St. Karapet church and the church of St. Astvatsatsin, built by Momik. The church of St. Karapet (the 9th-10th cc.), which has come down to us in ruins, is the most ancient monument of Noravank. To the north of it, there is the main temple, also dedicated to St. Karapet. Erected in 1216-1223, it belongs to the widespread cross-winged domed type with two-storey side-chapels in the corners. 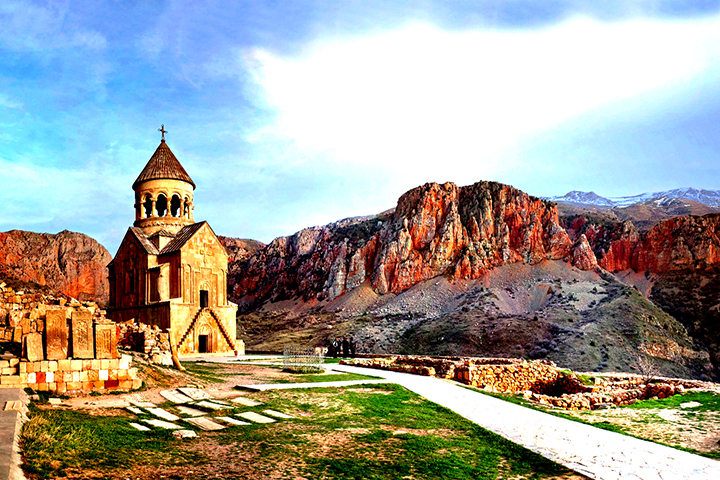 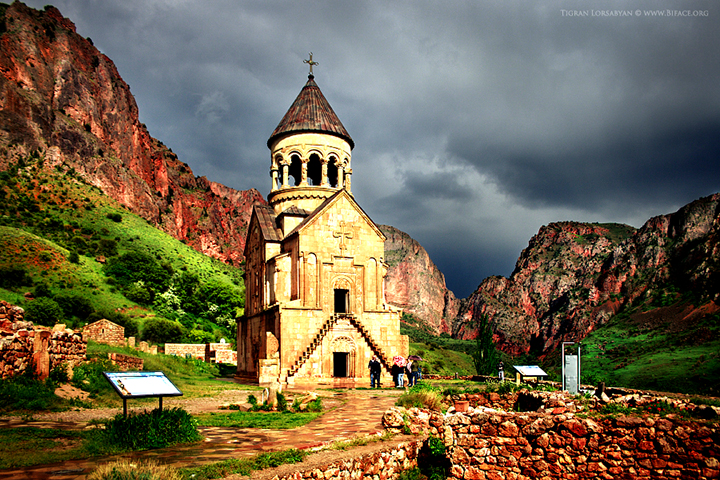 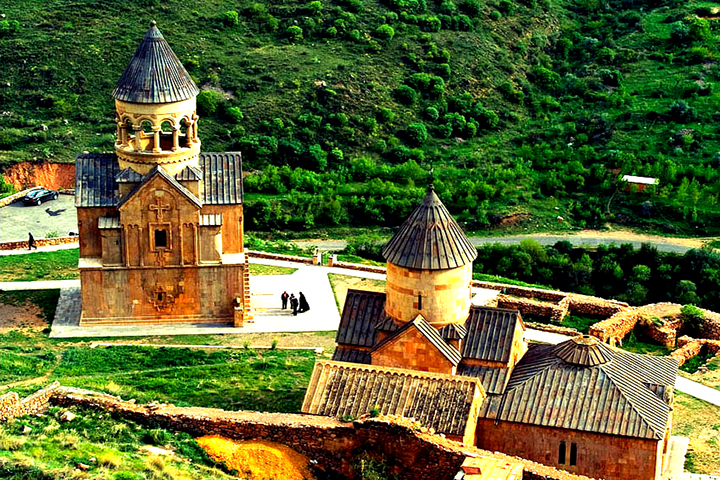 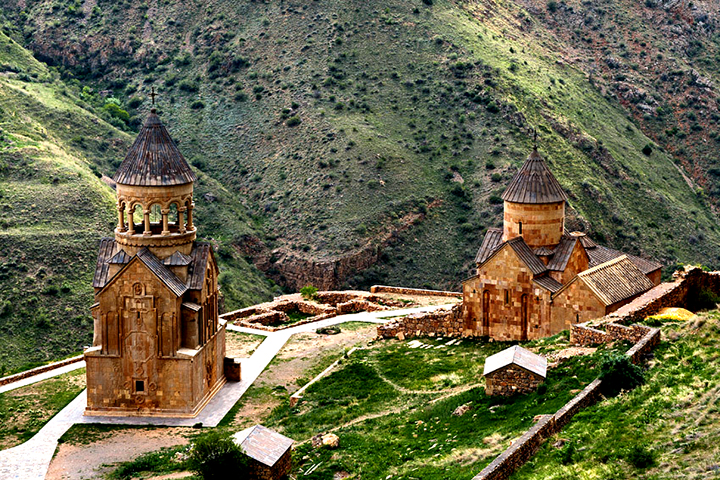 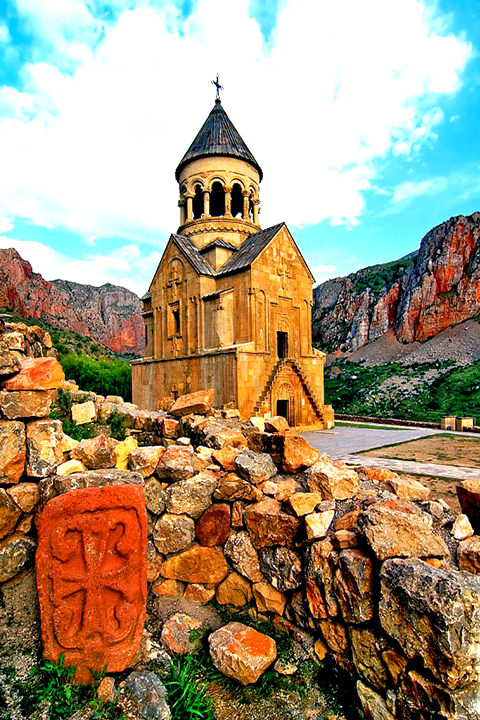 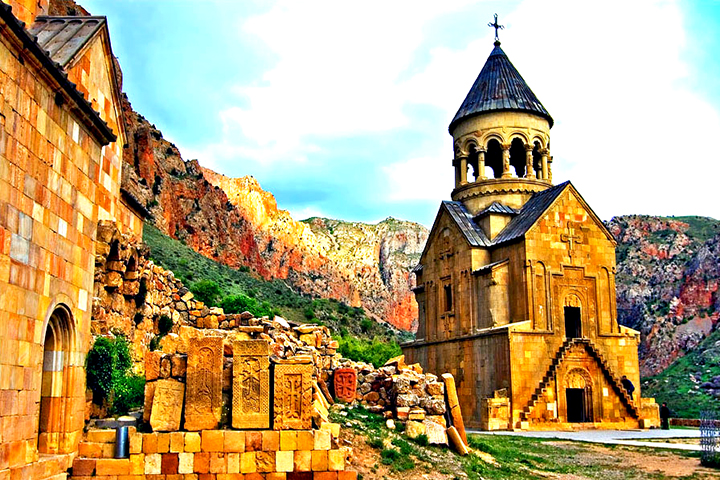 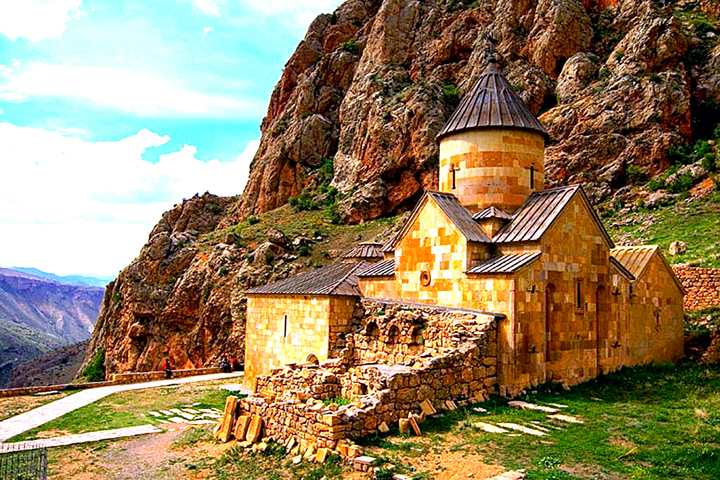