Historical sites of the village Ushi

The Ushi village is located in Aragatsotn district, at the south-eastern base of the mount Aragats. On the summit, 1km to the west from Ushi, there is the St. Sargis monastery. Inside the whole complex there are two churches, surrounding fort-walls and the ruins of some dwellings, which were built along the fort-walls from the inside. The oldest construction, the church, dating back to 1203, was preserved on the top of the summit. The church’s only entrance is on the western side, and the walls are made of clean shaved black tuff stones.
On the southern side, there is the second church of the complex, which has comparatively bigger dimensions. Only several parts of the inner walls were preserved, and some other parts of the vault and letrice. From the south, next to the second church, there is a gavit-type of entry. The roofing is completely ruined, and only some parts of the western, eastern and southern walls (also the western entrance and the double large windows of the southern wall) were preserved. Surrounding walls of the monastery were constructed in 1654 by Voskan archbishop. The walls were made of basalt, which was strengthened with semi-circular and rectangular pyramids. In the village surroundings there is a fortress, and also an ancient settlement (Hin Ushi) preserved till today. 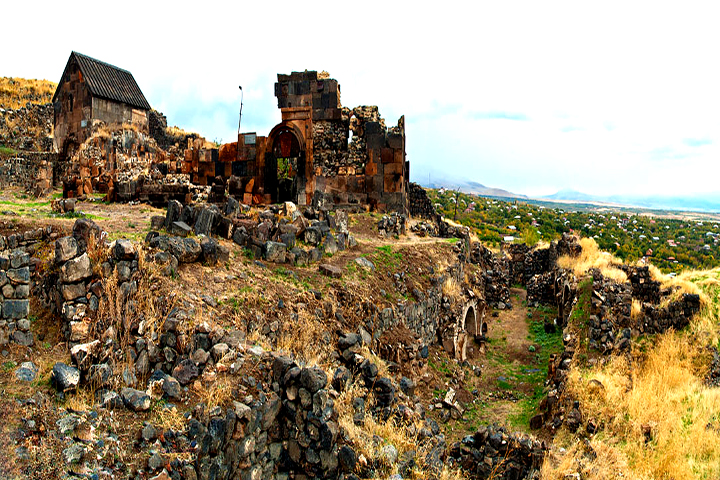 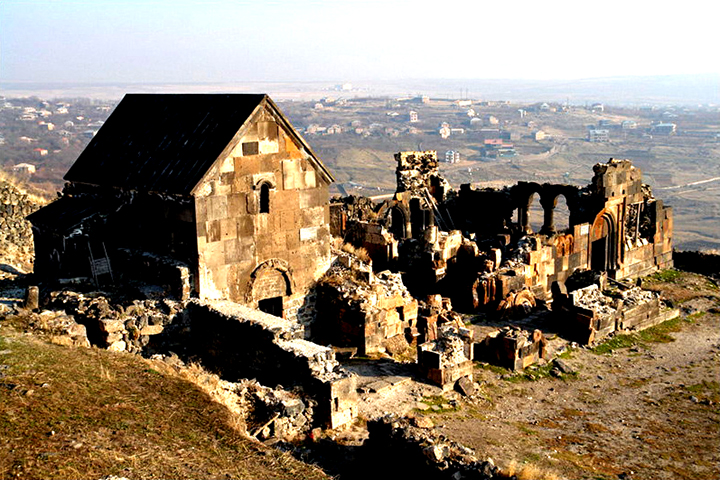 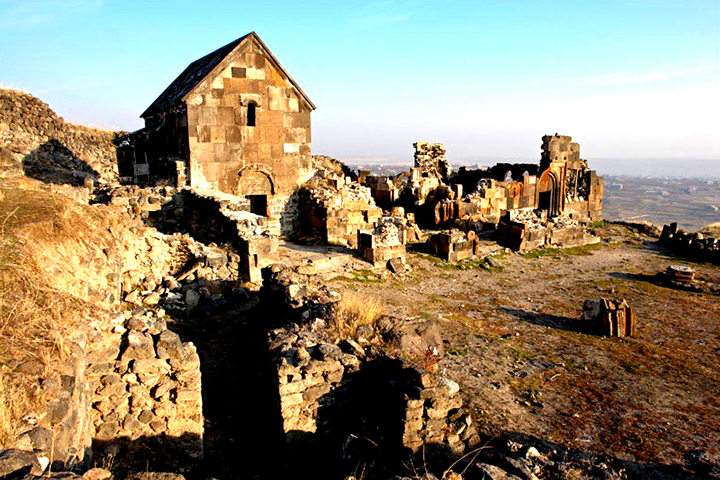 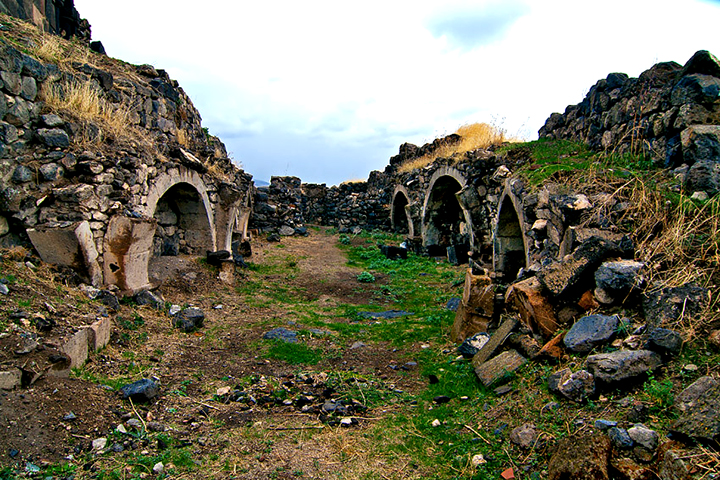 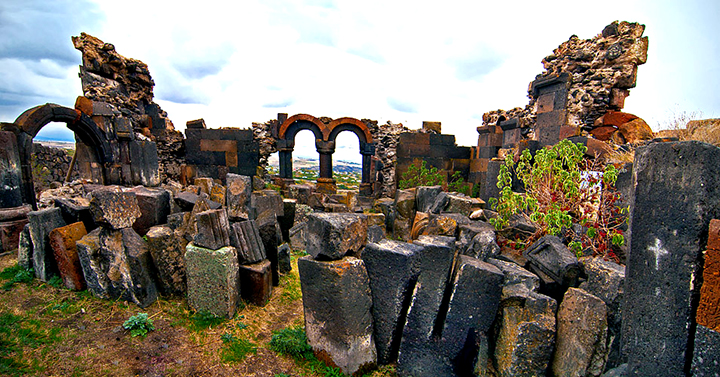