Founded in the IV c., main church - 906 y.
Tatev monastery is situated near the village of the same name in part of Zangezur - ancient Syunik (now Syunik district). The monastery was founded in the ninth century in place of a tabernacle well-known in ancient times. The strategically advantageous location on a cape formed by a deep river gorge with precipitous rocky slopes favored the construction of a mighty defense complex there. At one time Tatev was the political center of Syunik principality. In the 10th century it had a population of 1000 and controlled numerous villages. In the 13th century it owned 680 villages.
The main church of Poghos and Petros (Peter and Paul) built in 895-906. The outward appearance of the temple is severe and laconic. Its harmonious proportions add to the impression of its considerable height. Special attention was paid to the interior decoration of the church which was the main cathedral of Syunik principality. In 930 the walls of the church were decorated with frescoes, now almost totally lost. In the main apse there was a representation of Christ sitting on a throne and surrounded with three prophets and four saints. The western wall was taken up by an enormous fresco showing the Doomsday, and northern wall, be scenes of Nativity.
Grigory Church adjoins the main church on the southern side. According to chronicle, the church was built in 1295 in the place of an earlier building of 836-848. The monument "Gavazan", erected in 904 in the yard, near the dwelling premises of the monastery, is a unique work of Armenian architectural and engineering art. This is an octahedral pillar, built of small stones; eight meters tall, it is crowned with an ornamented cornice, with an open-work khachkar towering on it. As a result of seismic tremors, and even at a mere touch of human hand, the pillar, hinge-coupled to a stylobate, tilts and then returns to the initial position.
The square-shaped church of St. Astvatsatsin (Holy Virgin), dating back to the 11th century, is of a type rare in Armenian architecture. The chambers of the Father Superior, the refectory with a kitchen and storerooms, the dwelling and service premises form an almost complete circle around these structures. They were capitally rebuilt in the 17th-18th centuries. There were many secret depositories in solid rock.
Tatev ensemble fits in perfectly with the mountainous landscape around it. A large church, dominating the surrounding structures and visible from afar, is the architectural and artistic center of the ensemble. The residential and service premises, arranged in a single row on the perimeter, set off the polyhedral rock foundation and seem to be an extension of it. This gives the ensemble an original and majestic appearance. 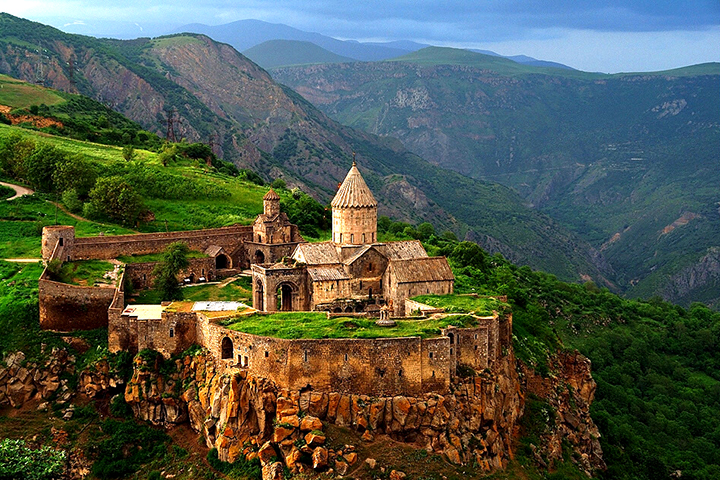 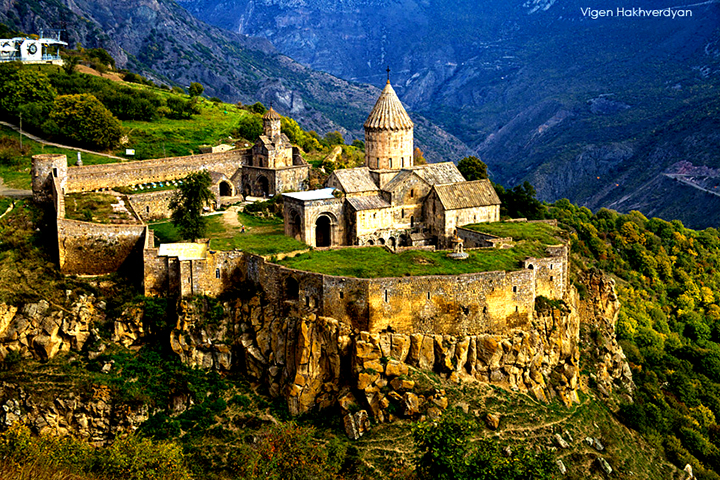 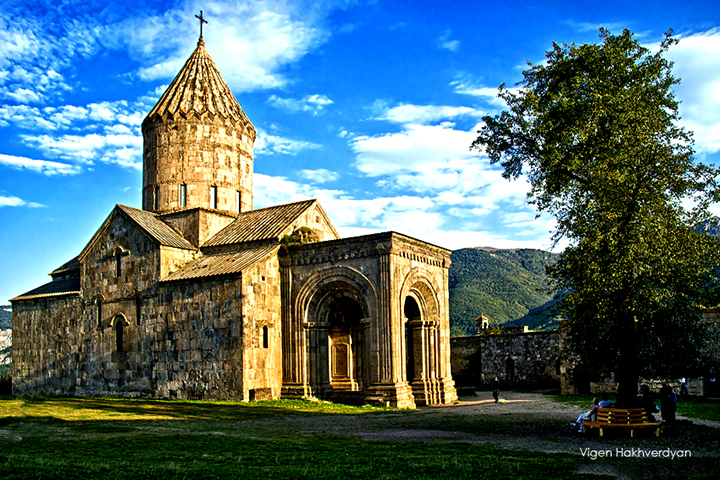 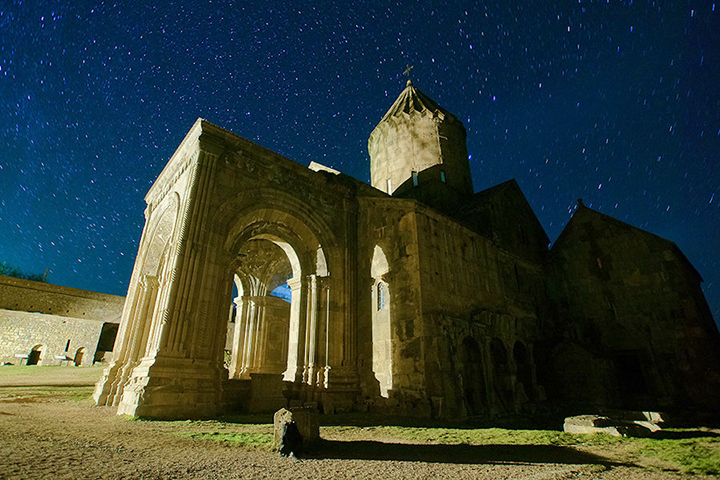 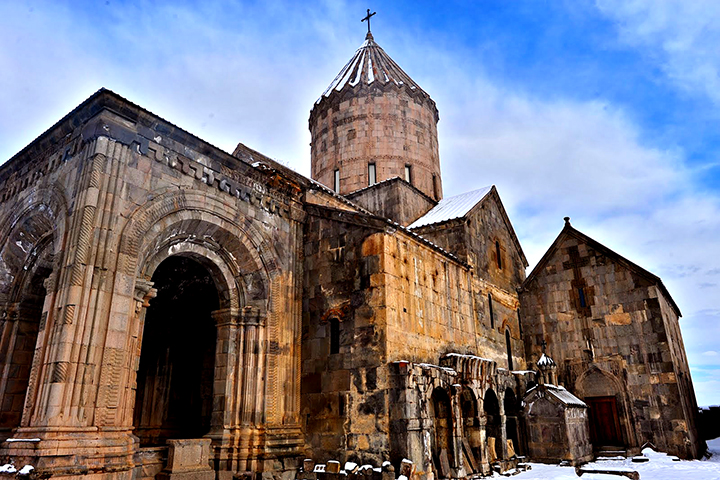