The Tsaghats Kar mid-century monastery complex is situated in Vayots Dzor district, on the hill-side 6 kms north-east of the Yeghegis village. The complex has two groups of structures which are separated from each other by 200m. The western group, now half-ruined, was constructed with rough-shaved bazalt. This group’s main church is of a vaulted constuction, and from the south it is attached to a columned-hall and from the west - it connects to a vestibule, which has grave-tombs stretched along the wall. At the monument’s southern side there is a small church, according to Stepanos Taronetsi it was built in the 10th century during the Abas Bagratuni period.
The second eastern group of structures is comparatively better preserved. They were built, according to Orbelyan, in 1041 by Father Superior Vardik. On the northern side there is the St. Karapet church with four side-chapels constructed of saved bazalt. On the head-stone, of the complex’s largest sculpture, the lion’s and bull’s fight are depicted. The second construction is a two-storey church-mausoleum, with a small church and a vestibule on its first floor, and the chapel with cross-stones on both sides make up the second floor. 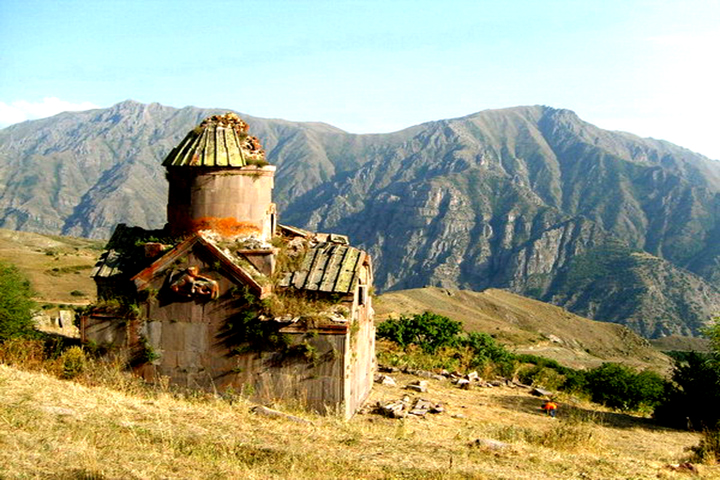 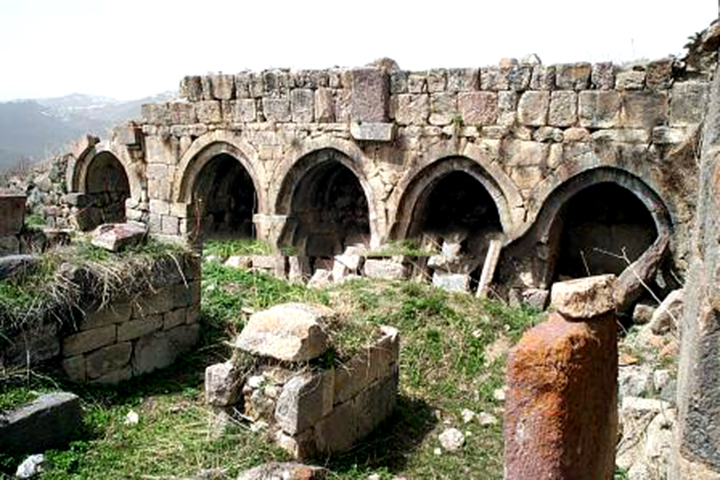 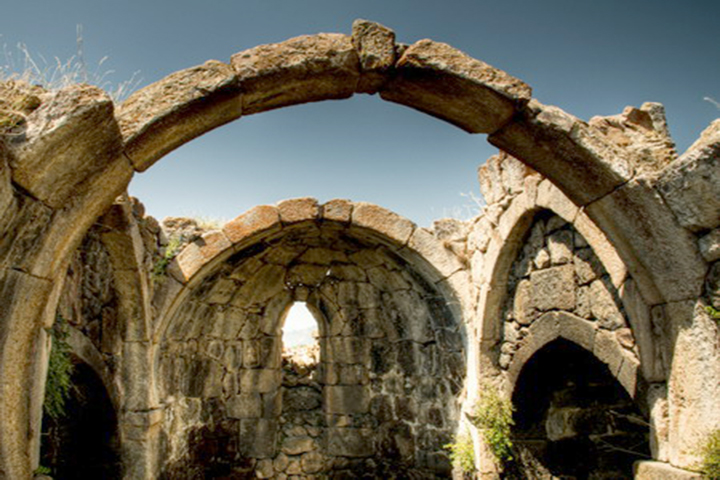 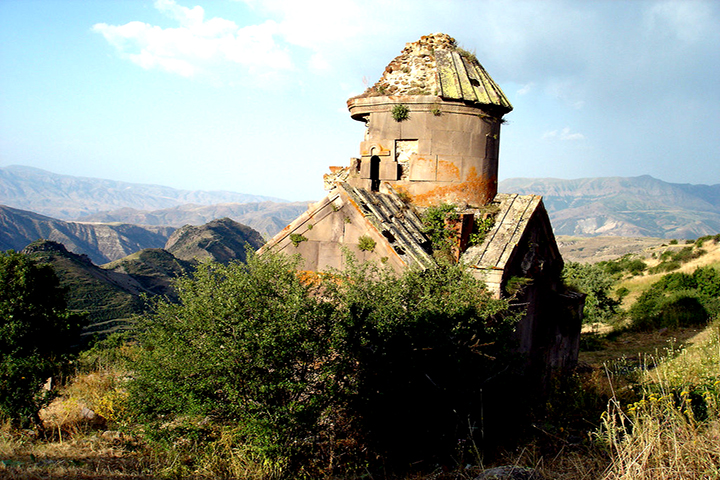 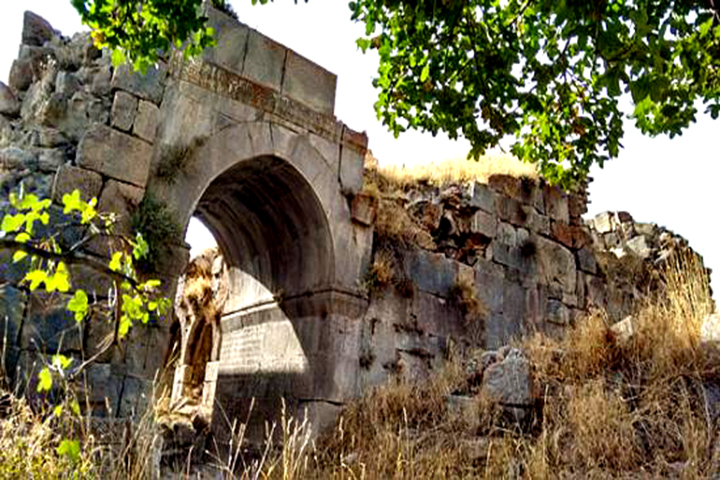