The Kobayr monastery belongs to a number of remarkable monastery complexes of medieval times, the history of which is closely connected with activities of famous medieval Armenian feudal houses - Kyurikid's, Bagratid's and others. It was one of the most important seats of the written language and cultural centers of Armenia. The monastery is situated in the southwestern part of Kobayr railway station road (Lori district, near the town of Tumanyan) on the high slopes of Debet ravine. There are uncommonly harmonic combinations of the complex with surrounding picturesque nature and which make the panorama of the monastery exceptionally impressive. The essential part of the complex consists of three churches, belfry-burial vaults, refectory, chapels, khachkars and remainders of walls of the fortress.
There are some difficulties to access caves and shelters among the rocks surrounding the territory of the monastery. The big church (end of XIIc.) is a stretched lengthwise one-nave hall, which is in a half-destroyed condition: the apse, the northern and western walls, and two bottom rows of layers of southern wall survive. Two entries from northern and eastern sides were set in rich casing. From the outside the walls were built of clearly trimmed basalt and from the inside they were plastered and covered with frescos. The paintings of the apse make up the three rows. In the top row the Virgin Mary with archangels are pictured, in the middle - the sin of Eucharist, in the bottom - figures of saints and between the rows ornamental belt. To the east from the big church, on the edge of a rock, the half-destroyed church of Mariamashen with one-nave arch halls is preserved.
According to the inscription on the bulkhead of the entrance, the daughter of the king Kyurike II - Mariam built the church in 1171. A chapel was added to the southern wall of the church.
The refectory's entry from the western side was built without any decorations. A one-nave vaulted church with a tunnel was situated to the north from the main complex (XIII c). 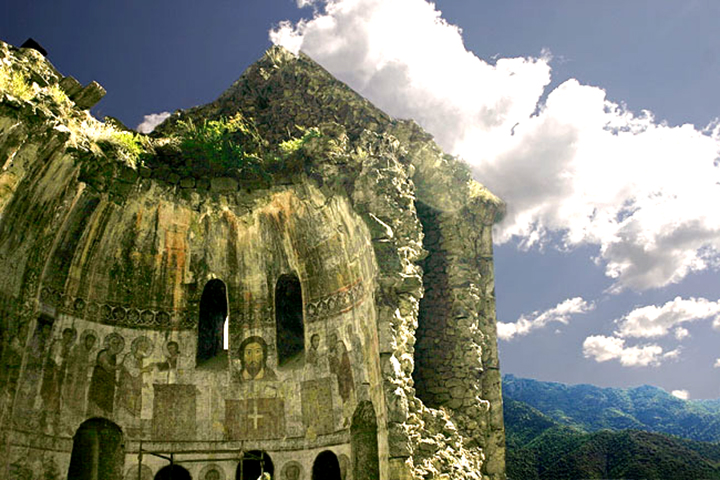 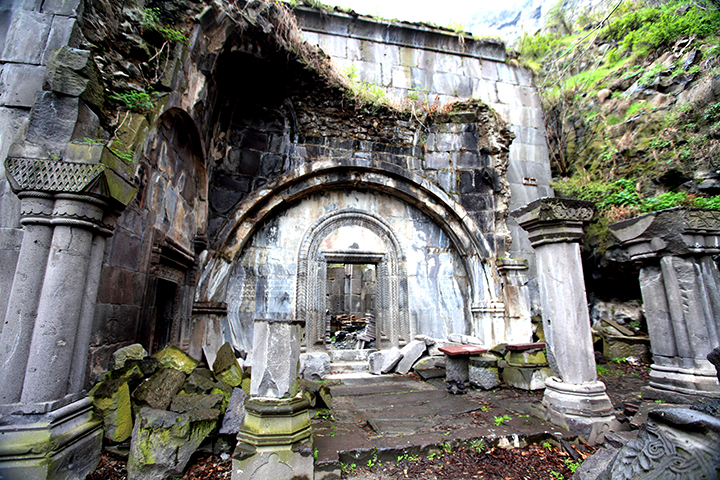 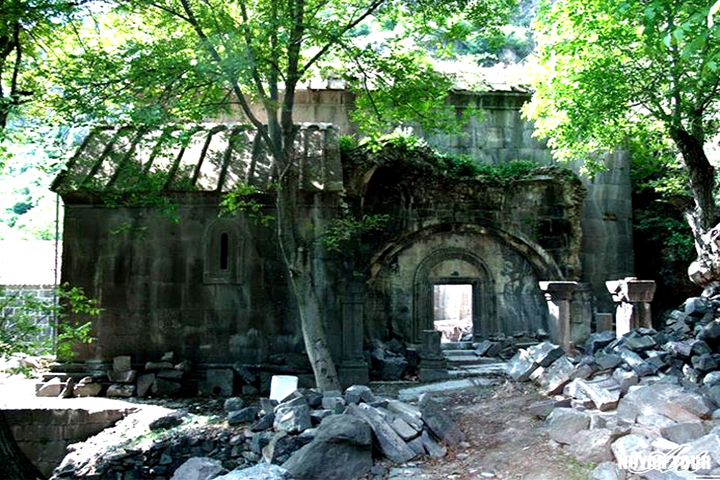 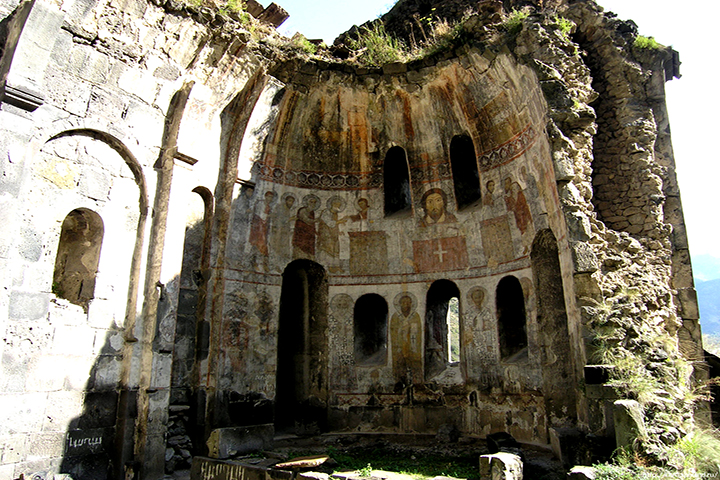 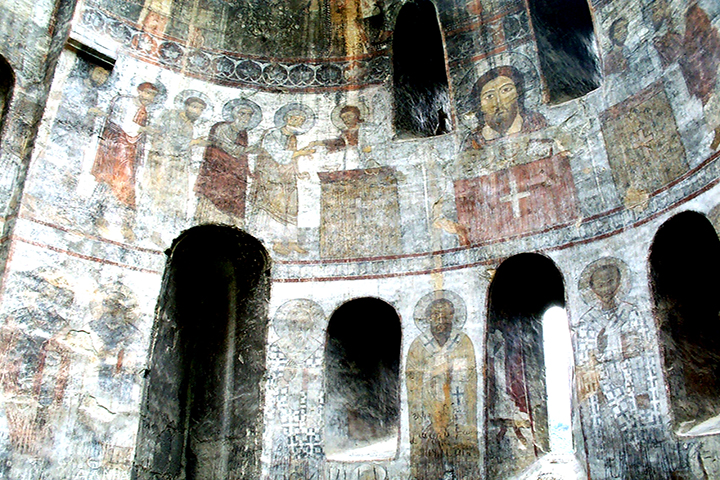