Founded in the IV c., main church - in 1215.
To north-east of Garni, higher up the gorge of the Azat River, there is a magnificent monument of medieval Armenian architecture - Geghard monastery. The specific character of this monument reflects, no doubt, the peculiarities of the austere and majestic scenery around it. The picturesque gorge of Gegharda-dzor with its high and precipitous cliffs is extremely winding, and the monastery opens to view unexpectedly behind a turn of a steep path leading to it. In the 1950s a road sign was put up near this turn - a lioness on a high pedestal, with its head turned as if showing the way. Its figure is stylistically connected with the decoration of the monastery.
The exact date of Geghard’s foundation is unknown. In one of the caves of Gegharda-dzor there still gushes a spring which was believed to be a sacred one in heathen times. Following a tradition, it continued to be worshipped even after Christianity had spread in Armenia. As a result, a monastery called Ayrivank, or a «cave monastery», was founded there at the beginning of the fourth century. The present name can be traced back to the 13th century when, as a legend says, the legendary spear - geghard - (that pierced Christ) was brought there. 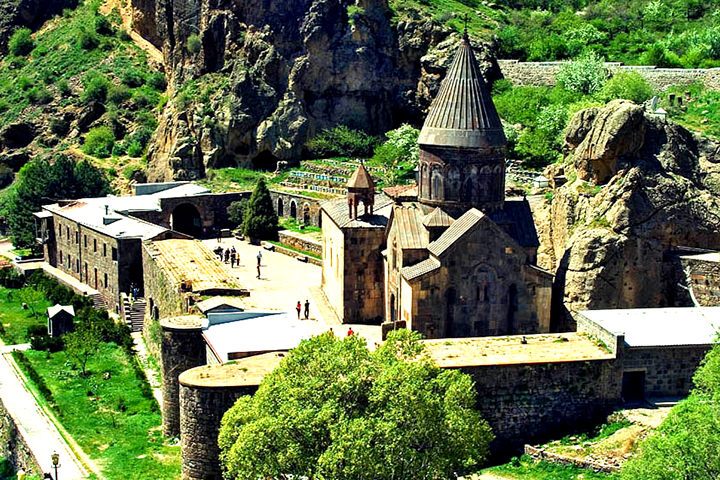 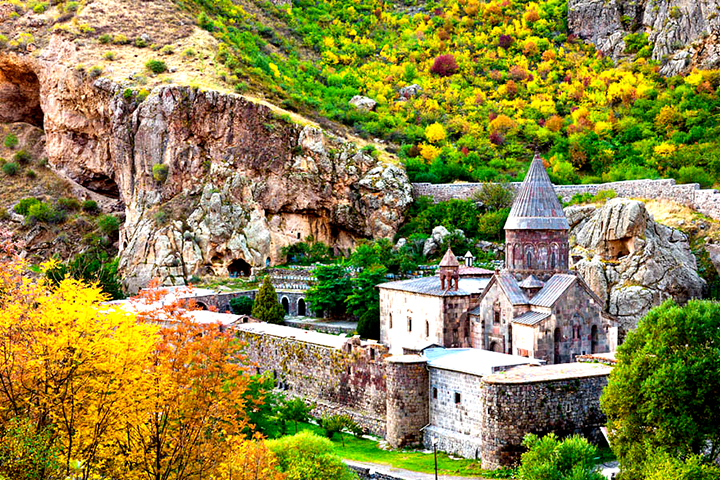 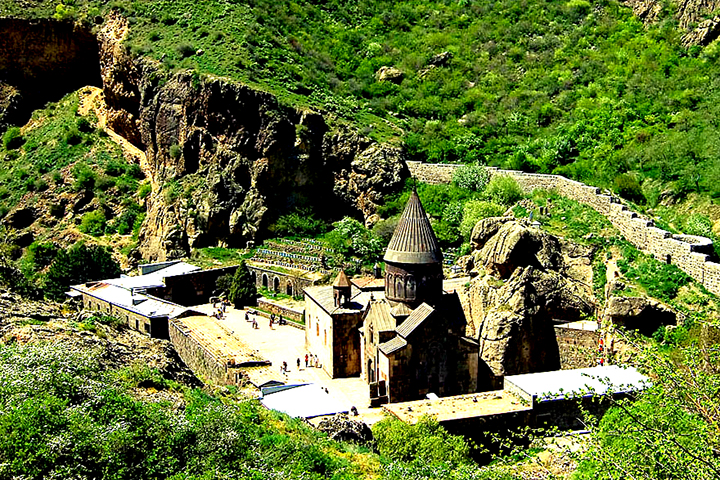 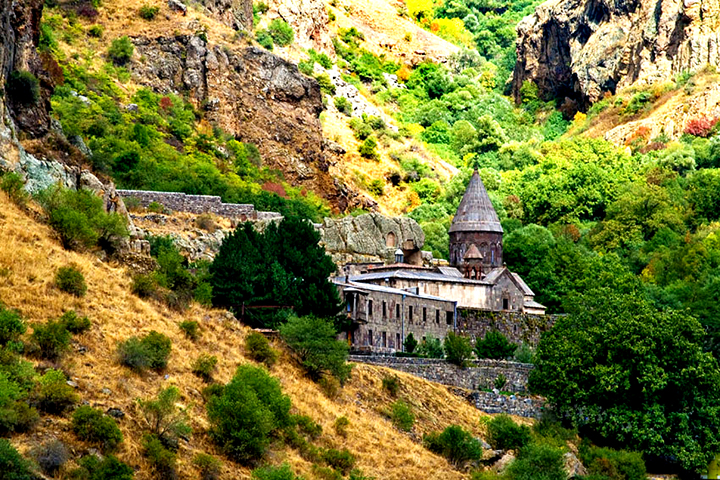 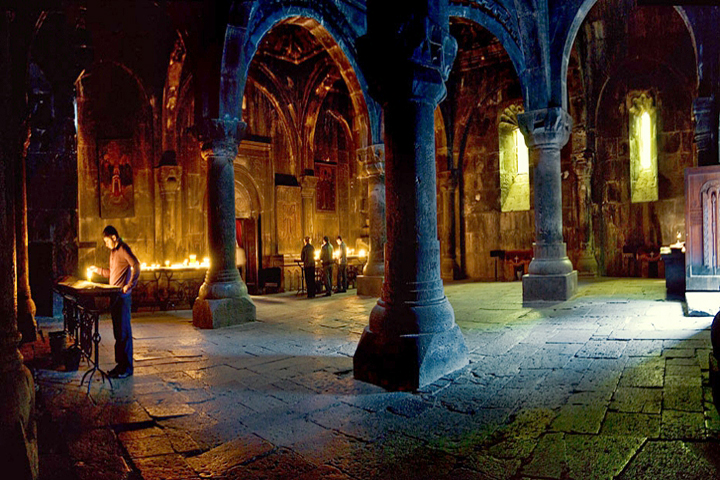 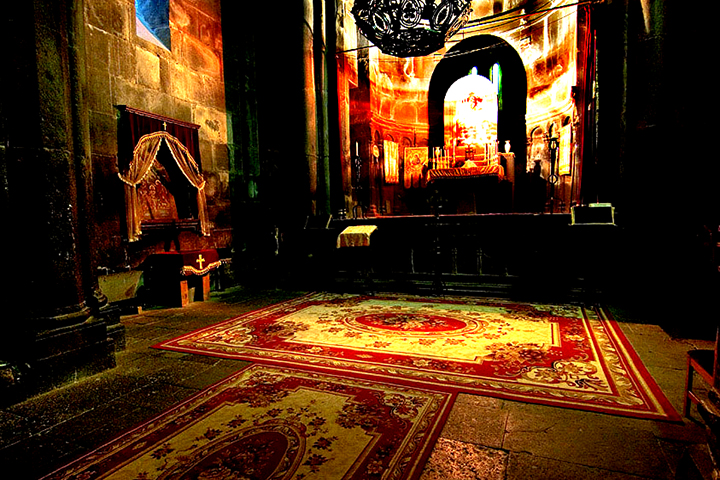 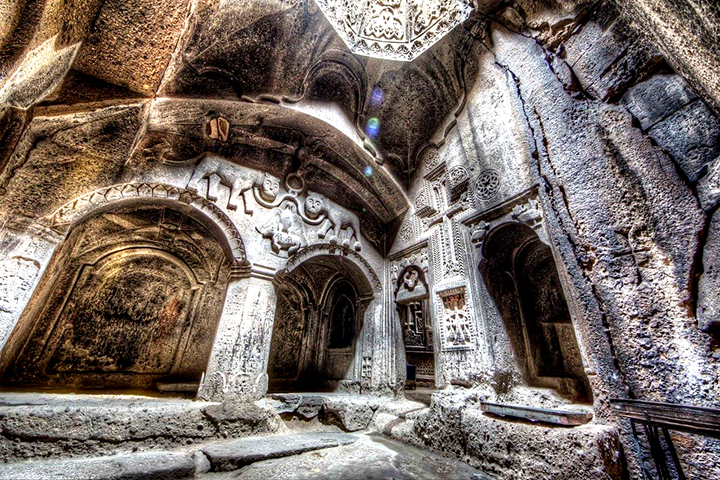 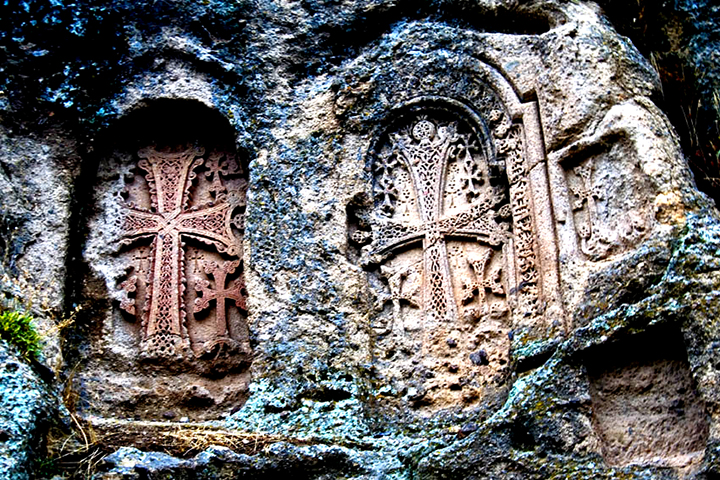 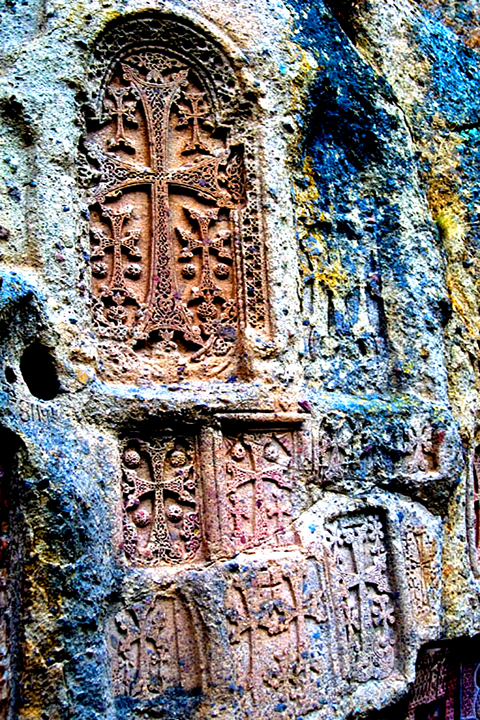 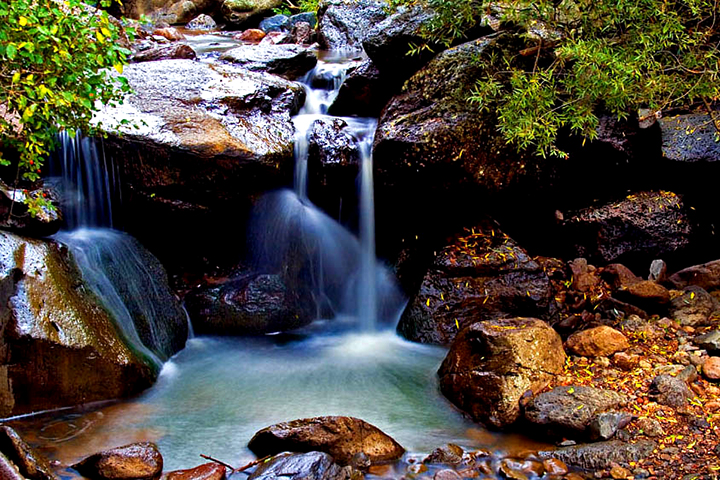 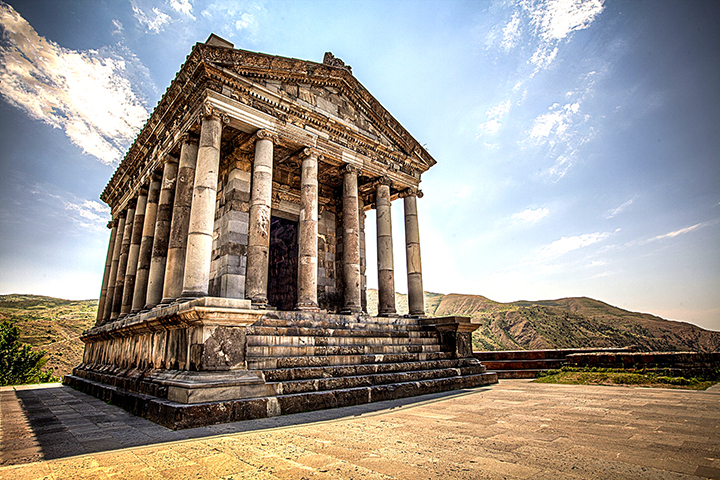 The fortress of Garni is situated in the village of the same name in the Kotayk District. That was a mighty fortress well known from chronicles (Cornelius Tacitus, Movses Khorenatsi, etc.).Founded in 2166 y. B.C., temple - I c.. To north-east of Garni, higher up the gorge of the Azat River, there is a magnificent monument of medieval Armenian architecture - Geghard monastery.Founded in the IV c., main church - 1215 y. 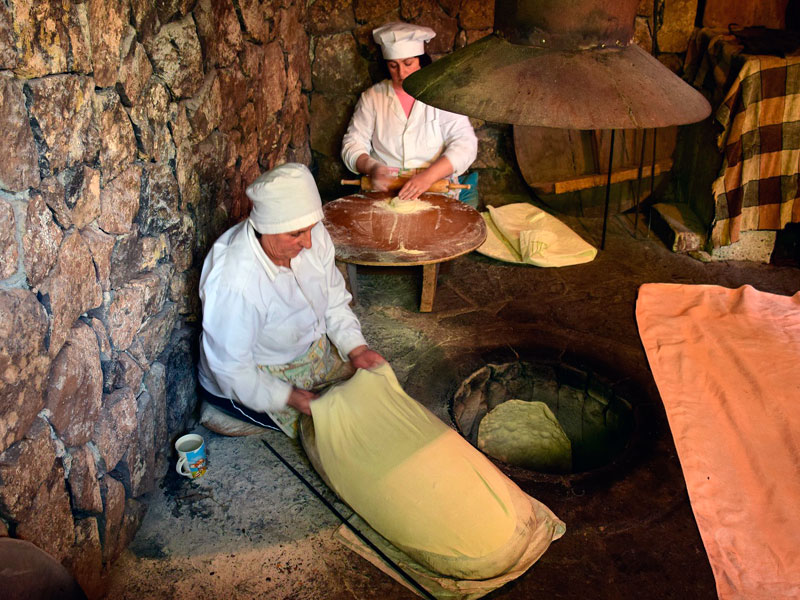 Great tour in Armenia for 6 days and 5 nights for the whole of 2020. The tour program includes: tours in Yerevan, a tour to the monasteries of Garni and Geghard, in the wine region of Areni.